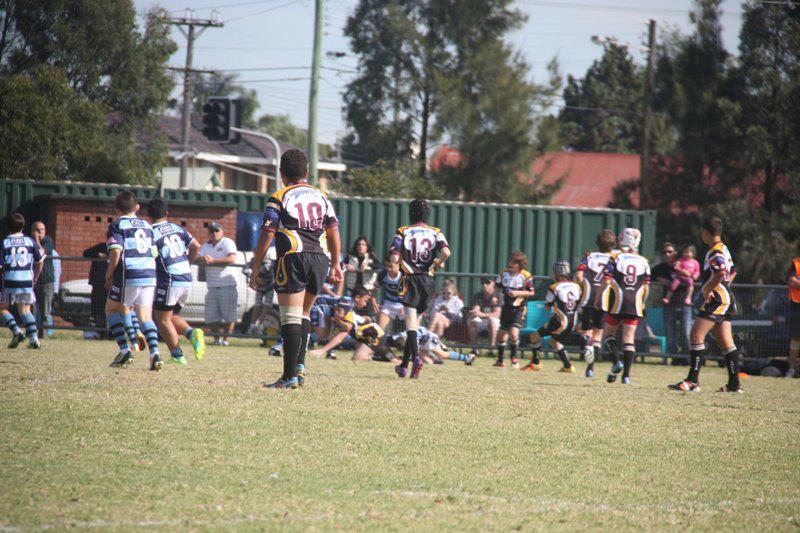 In NSW, rugby league is as entrenched in the culture as barbecues, beers and the beach.

It would be hard not to come by a local who doesn’t love their footy – but it seems rugby league may be losing its touch with the younger generation, with worrying participation rates plaguing the future of the game.

Many believe the decline is coming from parents pulling their children out of rugby league and moving them to rival codes, in particular soccer and AFL, fearing for their safety as factors such as growing childhood obesity rates see young players pitted against similarly aged but much larger competitors.

Last year’s figures show rugby league has dropped out of the top 10 when it comes to the most played sports across the country, with only one per cent of the population playing the sport.

As a result, the NRL is looking to follow in the footsteps of rugby union, which this year introduced “weight-for-age” competitions. This essentially involves grading children based on their size to determine what age group they play in, in a bid to make the game safer and increase participation.

Parramatta Junior Rugby League official Anthony Jones says size has become more of an issue in recent years due to an influx of Polynesian and Pacific Islander players. But unless the new rules become compulsory, he believes it’s unlikely many clubs will adopt them, as those are the players who will end up being affected.

“It will always be controversial. People will scream discrimination.”

However, Mr Jones agrees the weight-for-age system should be considered in regard to increasing participation. “The main reason kids stop playing is the fact they are confronted with tackling or being tackled by players as big as mum or dad,” he says.

“You can see the enjoyment come from their faces. It just becomes a case of survival.”

“Their skill level [in the lower grades] isn’t that great, and a lot of them are relatively new to the game, so if they’re not tackling someone that’s twice their size, then it just gives them the confidence to play the game and most likely stay in the game longer as well,” he says.

Some observers of the sport point to the fact that kids are generally bigger these days, with one in four Australian children aged between five and 17 considered overweight or obese, according to the Australian Bureau of Statistics’ National Health Survey.

Hatch spoke to parents and spectators last weekend at Crestwood Reserve, home to the Hills Bulls junior rugby league club in Sydney’s north-west, to see what they thought of the weight-for-age idea. Watch this video to find out their views:

In a survey of 45 parents on social media, almost 50 per cent said they supported the idea of grading children based on weight rather than age.

Out of those surveyed, almost 70 per cent did not have children who played rugby league, with about 20 per cent saying this was due to the sport being “too dangerous”. A quarter of these parents said they would be more inclined to let their children play league if players were graded based on weight, while half said this wouldn’t change their mind.

Among those whose kids did play rugby league, just over 60 per cent said they were concerned about their children coming up against bigger players; however, less than a quarter said they have considered pulling their children out as a result.

Parent Tracey Jones is supportive of the proposed rule change, and after watching her two boys play rugby league over the last 15 years in the Hills, admits there have definitely been times she has been frightened to watch them play against opponents double their size.

“It usually means the smaller players are either too intimidated to attempt to tackle, or despite their best effort just physically cannot compete,” she says.

“The kids lose heart and stop enjoying the game.”

Another parent, Claire Martyn, believes weight-for-age would help give the smaller players more confidence. She almost pulled her son out of the competition after his experience last season.

“His team were by far the smallest in terms of weight and height. They turned up to games defeated because they knew they were going to get hurt. They rarely had reserves on the bench and were always missing players due to injuries,” she says.

But it seems not all parents are convinced.

Leon Carroll has been involved in junior sport for 20 years, and while he thinks there is merit in the “weight-for-age” concept, he’s not sure it’s the answer to all the problems.

“To continue to produce the best players, they need to be participating against other players of the same level, and those players come in all different shapes and sizes,” he says.

As a mother of two boys who have always been among the biggest in their teams, Jo McCauley has mixed feelings about the idea.

She says forcing bigger players to play up an age would be discouraging, as while they might have size on their side, they wouldn’t necessarily have the maturity and ability to play against kids who have years’ more experience than them.

“Rugby league is a team sport where you all embrace each other’s strengths and weaknesses to be effective,” she says.

“Big kids are strong, small kids are fast and agile. I think they can all be equally as dangerous.”

And when you ask the players themselves, it seems the size issue doesn’t bother them much at all.

In fact, under-18s Dermott King and Johnathan Derwin both believe splitting up players of different sizes would actually make it harder for the smaller players when they all of a sudden come up against bigger players in their senior years.

Current Ron Massey Cup player and junior league coach Rhys Sciglitano is also against the rule change, saying it would have a detrimental impact on player development.

The 20-year-old, who has played at a professional level for the West Tigers, argues that grading players based on size may in fact lead to more injuries, and would go against the nature of the game, where certain positions are intended for people of different sizes.

“You cannot field a team of boys that are all big, as the game will be too slow and create more chance of injury due to fatigue and bigger bodies contacting each other,” he says.

As a junior player himself, Sciglitano was not particularly big, but started to feel a bit better as the years went on and he realised he possessed other skills that the bigger players didn’t have.

“At times, I did feel like I was in danger, but I think that is part of the development needed to make you a better player.”

He also believes that, rather than resolving the participation issue, this solution would merely lead to players leaving the game once they reached senior level, as they might become intimidated due to their lack of experience against bigger players.

“Keep the junior system the way it is. If your child doesn’t want to experience the contact and the bigger guys, rugby league is not the sport for them,” he says. – @taylaobrien13