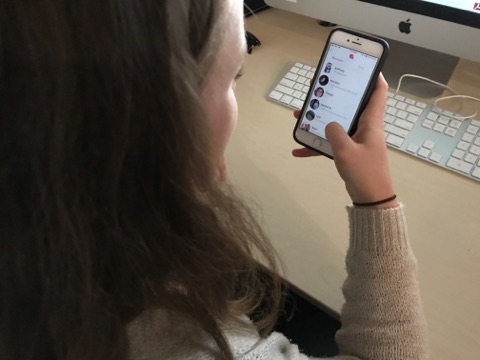 Plenty of fish in the sea but beware the catfish

The Facebook data breach has confirmed what we already know… that no one is truly safe when it comes to the internet.

Whether it’s your personal details, your cheeky photos, the last thing you Googled, or even your bank account details – once you’re on the internet, every little detail you share is permanently sucked into cyberspace. And now in the era of social media and dating apps, so is your heart.

Everyday, naive internet users continue to get caught on the hooks of catfishers (pun intended).

The Urban Dictionary describes a catfish as: “a bottom dwelling human, who spends a great deal of time on the net in various locations, luring people into a falsely based romance… using fake pictures and bogus information.”

Surprisingly, there’s little in Australian law to stop them.

General lawyer, Amina Qayumi, told Hatch that it’s only an offence if you use someone else’s identity to commit a crime.

She refers to Section 4AB of the Crimes Act 1900, which was actually amended in 2009 in response to rising identity theft.

It states that a person who deals in identification information with the intention of committing, or of facilitating, the commission of an indictable offence, is guilty of an offence. The maximum penalty is 10 years imprisonment.

Psychologist, Nasreen Hanifi, says that by using fake identities and photos, people can lure others into believing they are someone else.

“Paedophiles are a prime example of the types of people who catfish, primarily because it is a tool or a mechanism that helps them lure young women who are vulnerable,” she said.

But if they’re using someone else’s photo to catfish with no intention to commit a crime – it’s a different case. There is nothing in Australian legislation to convict someone of catfishing for pure entertainment. The only thing the owner of the image can do, is pursue them for copyright violation.

So, why do people catfish?

In cyberspace, curiosity created the catfish.

“There are perhaps a myriad of reasons why people do such an act,” Nasreen Hanifi said.

“However those that do it are often classified as having some kind of mental health issue, or lack some kind of empathy and emotional attachment to be able to understand that their behaviours are having a detrimental effect on others.

“These types of behaviours usually are a manifestation of a variety of things. Mental health issues are often the number one contributing factor as to why people catfish. For example, people with narcissistic personality types will catfish because their personalities won’t allow them to use their real identities.”

Some of the key reasons are:

“If there are issues amongst young people and jealousy is a part of that issue,” Hanifi said, “then people will catfish as a form of revenge and to give the other person a bad reputation.”

Thats right, revenge. Some victims of catfishing are often targeted by people they know… whether its an ex-partner, an ex-friend, or someone who just doesn’t like them. They use the information that they know about the victim in order to gain their interest and lure them in. So be careful ladies and gents – that attractive, single 21-year-old on Tinder who just magically happens to enjoy the same music as you, might just be an angry ex waiting to rip your heart out one song at a time.

People also catfish online because they’re lonely. Many cases are the result of low self esteem, where the person feels they need to create a fake persona to have the confidence to talk – even online – to someone else.

Curiosity may have killed the cat… but not in the online world.

Yes, its true. People create fake accounts in an attempt to learn more about a person, or to see how that person reacts to certain things. Some people even catfish their own partners to test their loyalty.

“Nica” told Hatch of one such experience.

“Me and my best friend at the time decided to go catfish her boy at the time to see if he was loyal. Mind you, we catfished him for a good two months and eventually asked him to meet up. When he came to meet up, he saw his missus face to face and shat himself.”.

The bored catfish is really just someone who has access to the internet and way too much time on his or her hands. Many catfishers do what they do best purely out of boredom. No hidden agenda, no underlying desire to get back at you for something you don’t even remember doing.

So prolific is catfishing, that dating site eHarmony is among those who’ve come up with guidelines to follow if you suspect someone is catfishing you. And of course, if it starts to take a sinister tone – call the police. – Simran Popal