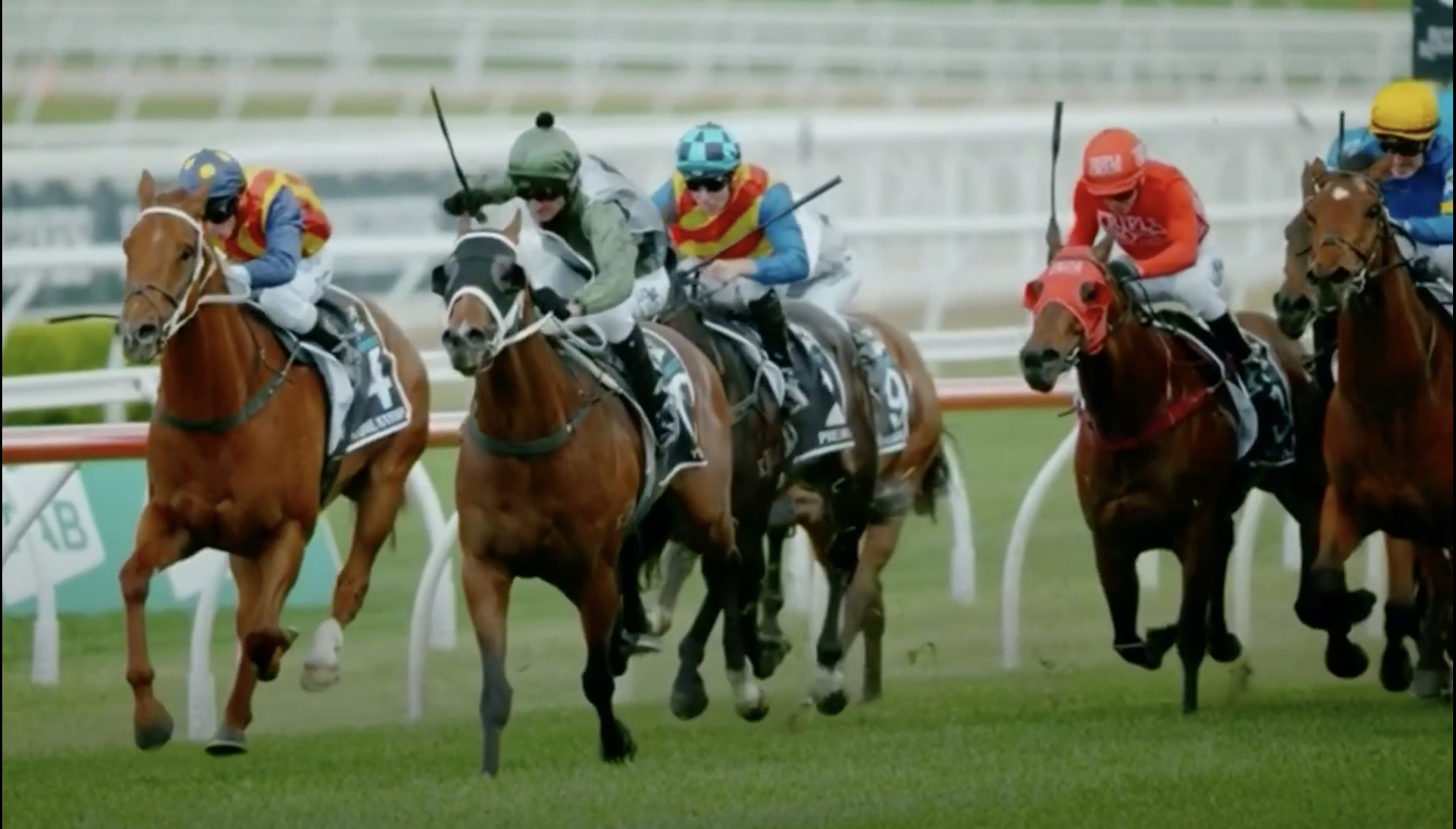 The Everest preview: who conquers the world’s richest turf race?

Footy finals time does not mean it is game over for Aussie sport until the cricket begins. We have got the world’s richest turf race up our sleeve and there has never been a more intriguing field of 12.

The Everest was hailed as a game-changer for the racing industry when it first ran three years ago.

The $15 million race is the fourth richest in the world, and the richest race on turf. It runs tomorrow on a 10 race card. This mouth-watering weekend of racing, also includes the richest race for country trained horses, The Kosciuszko and the Caulfield Cup in Melbourne.

The Everest trophy is worth almost a single year slot in the race, valued at $500,000. With 500 carats of black and white diamonds – 8,000 diamonds in total, two rubies and seven kilograms of silver.

The race, created by Racing NSW CEO; Peter V’landys, is aimed to get the younger generations to the turnstiles at the famous Royal Randwick Racecourse in Sydney.

Unfortunately, there will be no headlined act to perform this year. Jason Derulo, One Direction’s Liam Payne and Kelly Rowland have performed over the past three years.

But it is the weight-for-age race for three-year-olds and above that has all-the-talk.

If you are unaware of the concept, here is a quick summary.

There are 12 slot holders who each pay $600,000 a year in a three-year slot holder contract. From there the slot owner has the right to nominate their own horse for the race, sell their slot or do a deal with the owner of another horse to share the prizemoney.

The prize money for the 1200 metre race is supplied through sponsorships, broadcasting and race day revenues along with the slot costs.

With no overseas horses in the race this year, it is more like a state of origin between New South Wales, Victoria and South Australia.

So who wins the race? Well, it is the widest open field the race has ever had, so a stab in the dark would not ruin your chances.

Here are the contenders:

#1 NATURE STRIP:  He is a sprinting machine but has been beaten in his two starts this preparation. Played up in a barrier trial and tossed the rider at the start, which was very out-of-character. Do not write him off – he peaks deeper in the prep when third-up, which he will be on Saturday, and will love the run. He will prefer a wet track though, but no worries on the dry. If he gets to the fence and leads early – lookout, he is the main danger.

#2 TREKKING: If you are one to pick from the names; Trekking sounds like it is made to conqour The Everest. The six-year-old gelding ran third in the race last year, and has been hit-or-miss lately but will enjoy the Sydney tracks again, especially Randwick, after being interstate for his last three runs. He has the experience on top of some of the other runners, but I think he will have to be the best he has ever been to win, and in trainer, James Cummings, we should trust. Look for him late.

#3 CLASSIQUE LEGEND: The grey showed absolute class in The Shorts four weeks back, before being out-mustered by Libertini two weeks ago. He will prefer a wet track, with only minor knocks on the dry being five starts, three placings compared to six starts, six placings on wet ground and has drawn the middle gate in six. He is a freak though and if he has a race with no early traffic – lookout for his storming run through a gap or wide-out.

#4 SANTA ANA LANE: The old boy AKA: Santa. He has been disappointing this prep but has Everest experience running in the last two and finishing second last year as the favourite. Has been beaten by a few runners in this race in previous runs and is probably going better than Santa at the moment. Still a good pick at each-way odds. If he has improved from his last two runs, listen out for race caller, Darren Flindell screaming; “Here comes Santa!”

#5 BEHEMOTH: The in-form South Australian certainly lives up to his name in size. He has had a faultless season winning three out of three, two of which were group ones in Melbourne. Bit of a query running clockwise in Sydney, he has done it twice before and finished behind the placings. He has certainly improved since then and will appreciate a dry or soft track. He is on fire at the moment though and is being talked heavily about. I am a big fan of a horse on a winning streak and if he keeps his form up, he will hit the line strongly.

#6 BIVOUAC: The two-time group one winner is a promising stallion. If he gets a wet track I’ll have something sneaky on him – loves running early in his prep, which he will be on Saturday. Was beaten over the top by Classique Legend last start. If it ends up a dry track, I can’t fancy him based on form – but it is The Everest and each horse is in the race for a reason no matter the conditions. I am interested and think Glen Boss can get him to the line out of trouble.

#7 GYTRASH: Pronounced [GEE-TRA], the five-year-old South Australian ticks all the boxes. Twenty career starts, only missing a place once. Loves it fresh. Beat Nature Strip impressively under plenty of riding last start. Can handle a dry or wet track, that is no issue. Gytrash is very hard to knock in this race and I can not see him missing a place if all goes to plan. Jason Collett takes the reins and knows how to win. Gytrash – I like him. A lot!

#8 EDUARDO: The gorgeous chestnut impressed many in his trial last week after being trampled by Classique Legend four weeks back. Eduardo is the most underrated in the field this year, and I thought the same with Yes Yes Yes last year – who went on to win. He is in top form and winning form too. But what I like most about his latest wins is they were in Sydney. I like a horse who is in peak form and not having much change in location with recent wins. Would have to be unlucky to not run a place on Saturday. In-form rider Rachel King will have the honours of riding and be the first female jockey to ride in The Everest. Underrated and over the odds for me. I will be praying for a wet track to suit his perfect wet form.

#9 DOLLAR FOR DOLLAR: The third South Australian in the race was a late pick after the scratching of Farnan. Going ok in his prep so far and will run on Saturday the outsider. Off the back of two seconds in Melbourne. Will prefer a soft track, will have no trouble with the distance. The only reason for it to be the outsider that I can think of, is that it will be his first time in Sydney. Will fight for the lead with Nature Strip, Eduardo and Haut Brion Her. Judging by the market I will be surprised if he wins.

#10 TOFANE: Held up last start at Flemington before hitting the line strongly. Enjoys racing in Sydney. Has won on both dry and wet tracks. I would prefer her over 1400 metres. Jockey, Tommy Berry on fire at the moment and will do what it takes to win an Everest. To win she should not be too far back to begin with. I see her mid-field wanting space in the straight. Give her some thought.

#11 LIBERTINI: Brilliant first-up last start to seal her spot in this race. Only missing a place once from five starts at her home track and distance. The stat which stands out to me is his form on a good track – five from five – perfection. Drawn the widest barrier in 12 and should slip behind the runners contending for the lead. If she does not go back, I expect her to be two or three wide all race. I have to wait to see the track for her to win in my eyes, but if dry – she will be up there and fighting. A strong chance.

#12 HAUT BRION HER: The lightly raced mare is one of Sydney’s best up-and-coming thoroughbreds. With 10 career starts and nine placings – she is an underdog in the race this year. She will prefer barrier three after drawing wide last start where she did a lot of work to get to the lead and was trampled late to run mid-field. Three Bridges Thoroughbreds owns the slot this year, as the previous owner and last years winning slot holder Chris Waller, sold it to them. Chris Waller also trains Haut Brion Her, which makes me wonder if she was up to win this race, Waller would have picked her himself. She is very genuine and is faultless on a soft track.

So by now, you are probably just as confused as I am on who to choose.

But I have narrowed it down and chosen a top four.

I have got Eduardo on top, his latest trial was outstanding and battled with Bivouac last start before being swamped by Classique Legend with 50 metres to go. The slot holder in MiRunners has a panel of four experts; cricket legend, keen punter and racing enthusiast Mark Waugh, form expert Daniel O’Sullivan, Sky Racing mounting yard analyst Lizzie Jelfs and respected jockey Tye Angland. The experts picked Rothfire to begin with but he pulled up with an injury forcing him out of the race, leaving the panel to snap up Eduardo. He has been prepped to peak for this Saturday. In-form jockey Rachel King rides and you can not knock her form at the moment. Underrated and in form – giving me the same vibes as last year where I picked 2019 Everest winner Yes Yes Yes. I am just praying for rain.

Gytrash goes into the numbers as well. Twenty starts and 19 placings are way too tempting to turn down. He has had a lengthy rest since his win over Nature Strip and loves it fresh.

Nature Strip has to go in too, it is almost law. Five starts, four wins when third-up and I think we can all forgive his last two runs. Chris Waller and James McDonald are a duo like no other. I just hope he can get the lead early before Dollar For Dollar and if he does, he will run in top four.

Bivouac just scrapes in to take the last of my numbers. Stunning when second-up last prep, Bossy on board. Will run a race.

Behemoth, Libertini and Trekking just missed my numbers but deserve to be in there. So if you trade one of my top four runners cast your eye over these three.

The Australian Turf Club released extra tickets this week, meaning only 11,000 spectators will witness the fourth running of The Everest and I cannot wait to be apart of that.

The Everest jumps at 4:15 pm (AEDST) on Sky Racing and Channel Seven.