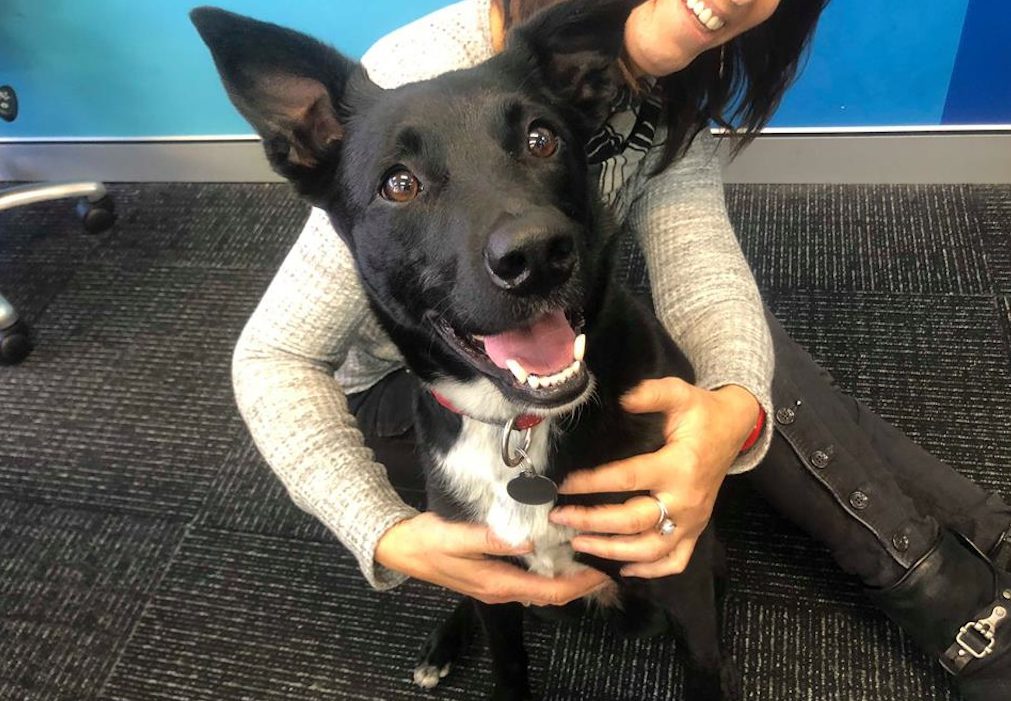 Dogs have always been a source of comfort for their owners but now studies show they can help improve our heart health and social skills too, while also reducing stress and anxiety.

Therapy dogs in particular are trained to provide affection, comfort and love. Their job is to respond to the environment and to the directions of their owner.

A study published in Frontiers in Psychology revealed stroking a dog for just three minutes lowered the heart rate of both the animal and the owner and raised levels of oxytocin – otherwise known as “the love hormone.”

The researchers found that when a dog was introduced to a nursing home, rates of depression among the elderly residents decreased over a two-year period. Residents noted that the dog reduced their feelings of loneliness and facilitated social interactions with others.

This “pet effect” is the reason there’s been a rise in dog therapy programs – not just in retirement homes, but in hospitals, schools, courtrooms and even disaster zones. The presence of dogs in the wake of traumatic events can help to reduce symptoms of anxiety, post-traumatic stress disorder and depression.

Australia’s Delta Society has more than 1,000 volunteers and their dogs who visit more than 20,000 healthcare facilities each week.

Jacinthe Brosseau is the coordinator of the Sydney branch of the Delta Society. She wants not only the patients to enjoy the service, but the dogs too.

“The dogs must have basic skills and behaviours to join the program, but their selection is mainly a temperament thing,” she said. “They must be really friendly dogs that are quite calm at the same time.”

Mrs Brosseau has seen many success stories come out of the program.

“One that always stands out in my mind is from one of the teams that visits Sydney Children’s Hospital,” she said.

“One of the volunteers visited a child who had not smiled or spoken since they had been admitted to hospital. When the dog came in, right away you could see the joy on the child’s face. They started chatting with the dog and it was in that moment where everything changed for that young person who was going through a traumatic experience.

“The child was happy, the family was thrilled to see their child responding like that and the staff was thrilled as well.”

“The dementia care volunteers were visiting residents with quite advanced dementia who have not spoken in six months,” she said. “When the dog came in, right away they said ‘hello doggy’ and smiled.

“The staff were blown away because they hadn’t seen any expression or heard any words from these people in months and suddenly the dog had just reached them somewhere that no one else had been able to … so it’s pretty special.”

Helena Adams’ dog has had a positive effect on her own mental health. She first considered the idea of animal therapy when her dog reacted to her having a panic attack.

“She would bark at me, put her head in my lap and nudge my hand until I petted her, which usually calmed me down pretty quickly,” she said.

Xena completed an accreditation program and became certified through the Delta Society.

The positive results of dog therapy have been acknowledged by the NSW Government, which has successfully trialled a therapy dog program at the Manly Court House on Sydney’s north shore.

In June, Attorney-General Mark Speakman announced the trial would be expanded to 10 other courthouses around NSW including Nowra, Burwood, Campbelltown, Gosford, Goulburn, Lismore, Orange, Sutherland and Taree.

“Therapy dogs have been a huge hit,” he said in a statement to media. “The Canine Court Companion Pilot is one of the most popular programs ever trialled in a courthouse, which is why we are expanding the initiative.”

Run by the Department of Justice, the program saw a reduction in anxiety and stress in witnesses and victims of crimes. The dogs also had a positive effect on staff, police and lawyers.

And Australia isn’t the only country recognising the value of animal-assisted therapy.

After the February school shootings in Parkland, Florida, therapy dogs were brought into classrooms to provide returning students with a sense of security and support.