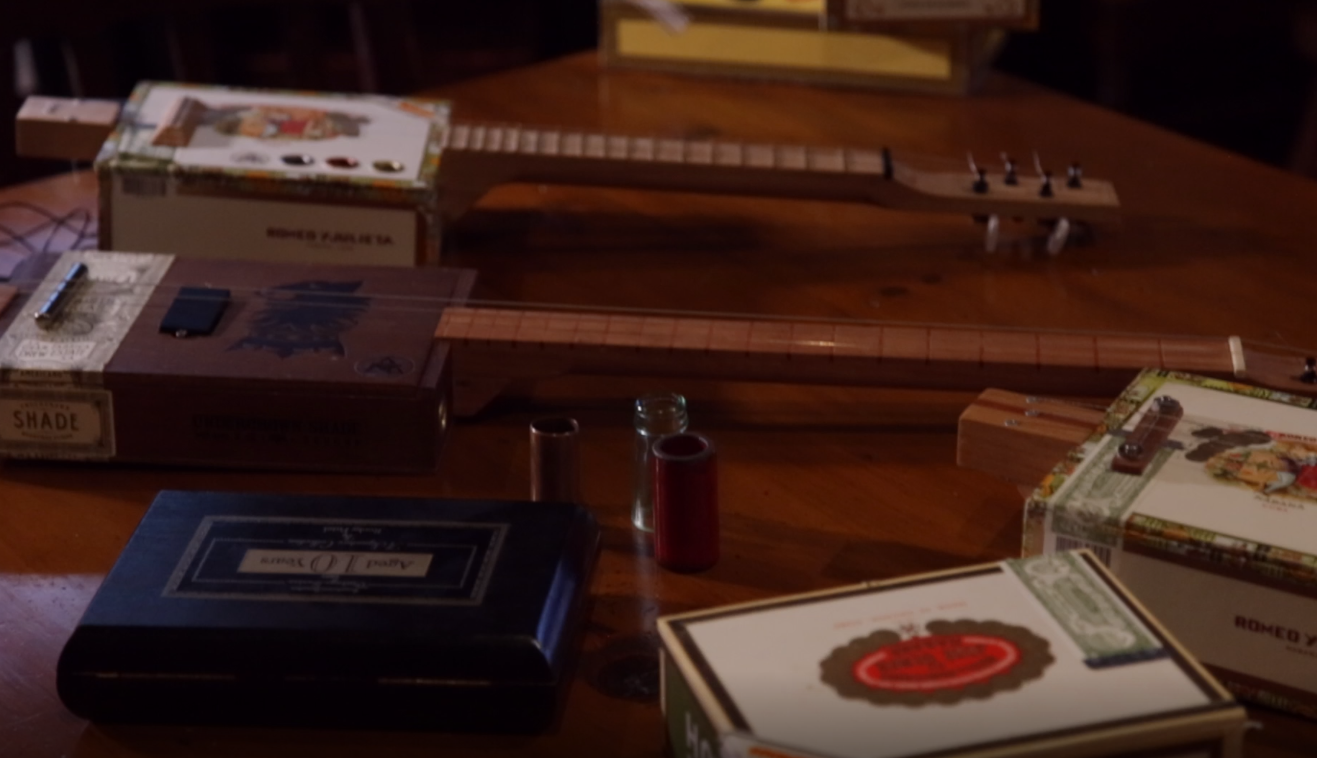 Cigar Box Guitars rose to prominence as improvised guitars for those who couldn't afford a normal guitar.

The light timber boxes that cigars are often sold in have a long connection with music.

In the early 1840s, tobacco companies began distributing their cigars in the small boxes they come in today, and some evidence shows that they were being recycled into musical instruments as early as that same decade.

When African slaves were taken to America, they would bring their music and culture along with them despite not taking any of their possessions. At the time, most African music was played on the gourd banjar, the instrument that would later be adapted into the American banjo. Having not been able to keep any possession, slaves had to build their own guitars out of whatever they could find.

The earliest illustrated proof of cigar box instruments is an etching, made in 1876 of two civil war soldiers, one of which is holding a cigar box fiddle. The idea of DIY instruments began to spread quickly through the Southern United States as slaves, impoverished white people, and returning soldiers began to build their own instruments.

Cigar box instruments played a large part in the rise of the jug bands and blues music. A jug band is a group of musicians that uses improvised items like musical instruments to play – usually jazz, folk or blues music. The name ‘jug band’ comes from the common practice of using glass or stoneware jugs, where the musician would buzz their lips into the neck (similar to brass instruments) so that the sound rang through the jug.

During the Great Depression in the 1930s, there was a rise in the use of cigar boxes as more people could not afford to purchase instruments of their own but still wanted to indulge in the music culture of the time.

There has been a modern rise in the popularity of cigar box guitars along with the rise if the DIY culture. Now, many hobbyists have taken to building the instruments. A large group of musicians also tour the east coast of the United States every summer as part of the ‘Masters of the Cigar Box Guitar Tour’ and the Cigar Box Guitar Museum stands in the US state of Pennsylvania as a free dedication to the instrument.