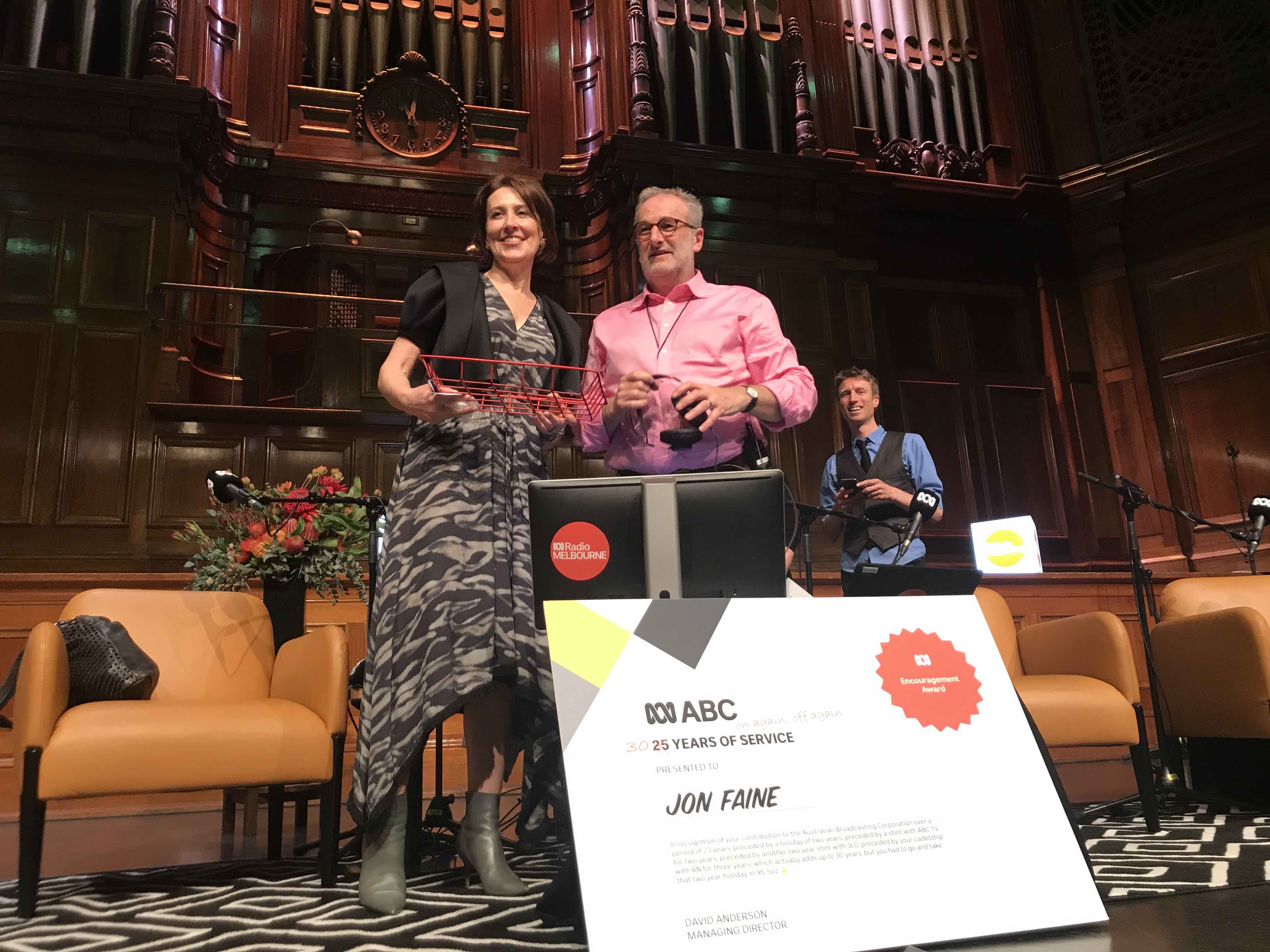 A devoted crowd of about 4000 fans has gathered for an emotional send-off to legendary ABC radio broadcaster Jon Faine.

Faine’s 23-year run as the host of the ABC morning show ended with a tearful handover to his successor, popular broadcaster Virginia Trioli, at Melbourne Town Hall on Friday.

A who’s who of prominent Victorians – including the premier Daniel Andrews and many of his predecessors – joined the farewell.

Mr Andrews told Faine: “Jon, you have held us all to account, taken us to task and entertained us. You will be missed.”

Faine told the crowd that the 2012 murder of his ABC colleague Jill Meagher and the Black Saturday bushfires in 2009 were among the stories that had the biggest impact on him.

“Jill’s death must not come to define us. That’s not what it’s like to live in the Melbourne that we know.

“And on that night, that emergency broadcast, it didn’t save everyone but we did our best,” Faine said of the bushfire tragedy.”

Faine’s not only former producer but friend Chris Uhlmann, calls Faine an “incredible pain in the arse” to some people, but definitely to those in power.

Faine ended his farewell by thanking many of his staff and his wife Jan.

“My wonderful, funny, beautiful and always sensible Jan,” he said.

#JonFaine to his wife Jan: “As simple and as uncomplicated as it is: I love you.”
Smooth, Jon. Pay that. @abcmelbourne pic.twitter.com/XkBYzig7OI