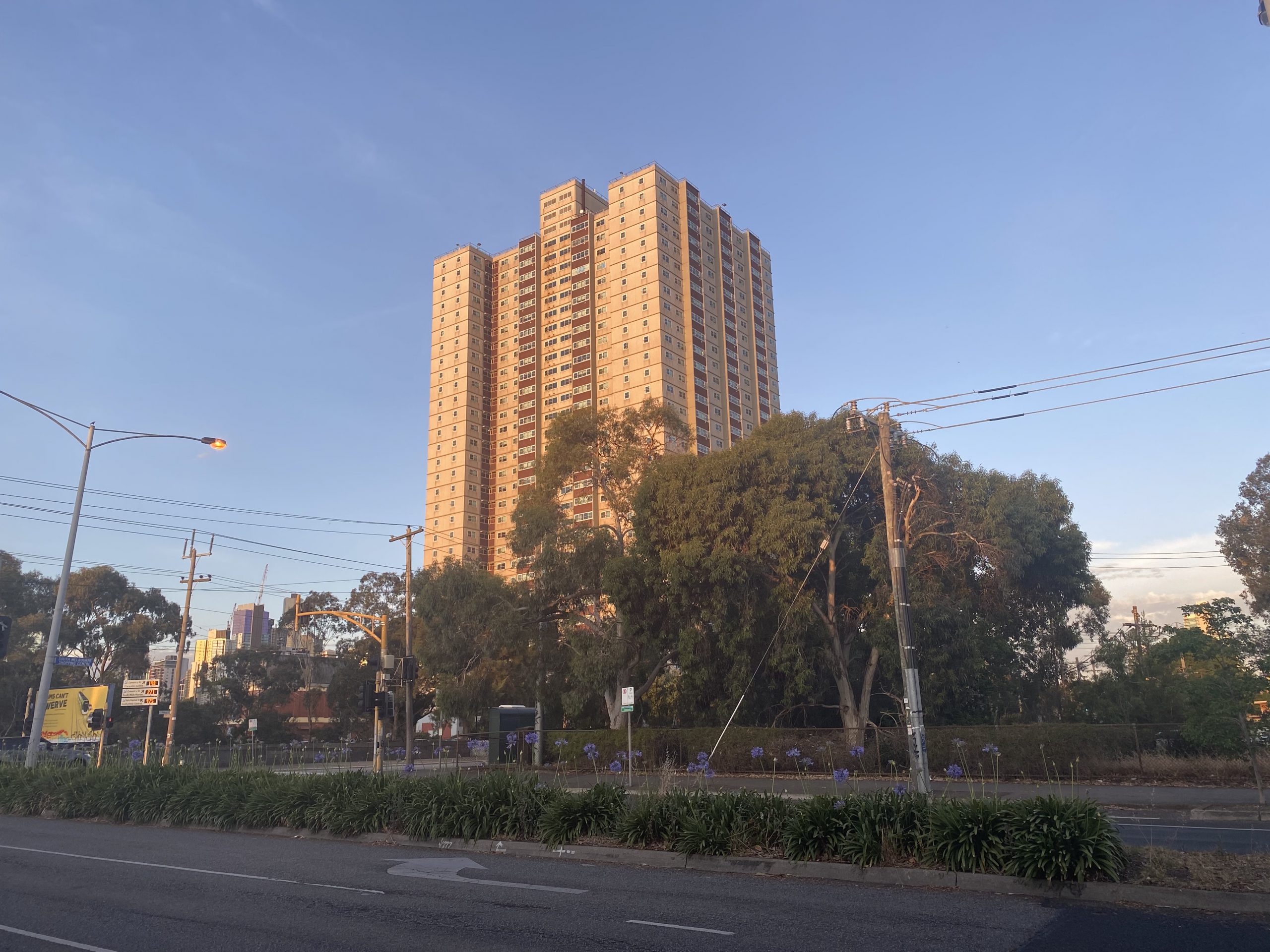 More than $5.3 bilion will be spent on more public housing in Victoria for the next four years. (Photo: Julia Back)

Victoria took a big step towards easing its homeless crisis when Premier Daniel Andrews announced Victoria will spend $5.3 billion to build 12,000 public housing homes during the next four years. The project will be the biggest spend on public housing in Australia’s history.

Of the set 12,000 dwellings, 1000 will be set aside for Indigenous Victorians, 1000 for victims of domestic violence and 2,000 for those experiencing mental health issues. Besides Melbourne, the housing will also be built in regional Victoria.

The project is also set to generate over 43,000 jobs in an industry where almost 30,000 construction workers have lost their jobs since March.

During the coronavirus crisis, the Andrews government set up a shelter program for Melbourne’s homeless by accommodating them in hotels that were left empty when tourists disappeared. The program got an extension in July, but there have been growing calls to make a housing solution permanent.

Solving homelessness by giving people permanent homes has been well researched and documented, and is seen as the Housing First model.  The most prominent and successful example of this is Finland, which is the only European country where homelessness is on a steady decline and the government is on track to completely eradicate it within a few years.

In the 1980s, Finland realised that the most effective way to prevent homelessness is to have enough affordable housing. Since the 1980s and especially after 2008, cities and organisations have constructed and bought housing from the private market and turned previous temporary housing into affordable apartments.

Finland already has world-leading social support services and healthcare and education are free, but a major reason why the model has worked is that it was implemented as a cooperation between the state, municipalities, NGOs and volunteers.

It’s also the reason why major projects like this haven’t taken off in Australia. Political pushback of giving away “free housing”, and concerns over the cost of these programmes have put brakes on a problem that’s only been growing. Now, a new government agency, Homes Victoria, has been established to specifically manage public housing.

According to Juha Kaakinen, the chief executive of the Y-foundation, which contributes to the Housing to Housing First in Finland, says cost is one of the biggest misconceptions around affordable housing. Having people live in permanent homes has massively reduced the need for other special services people experiencing homelessness often have.

In Finland, it’s calculated that the savings in Housing First services compared to someone experiencing long term homelessness can be up to $15,500 a year.

“There is ample evidence from many countries that shows it is always more cost-effective to aim to end homelessness instead of simply trying to manage it. Investment in ending homelessness always pays back, to say nothing of the human and ethical reasons,” Kaakinen wrote in Guardian in 2016.

Individuality is one of the key aspects of the Housing First principle. Getting a place of your own already gives people a sense of responsibility and helps them to see their lives as meaningful and independent. Residents themselves get to choose what services they would like to use instead of a ready-made support package that rarely fits all.  People can live in standard rental apartments or supported housing units with common areas and support services available at all times. Residents in the program have also noted how the privacy and peace of a home helped them overcome other issues when compared to living in temporary housing.

Getting this order right, first a home and then help to other problems, is the most crucial step in the process.

Council to Homeless Persons chief Jenny Smith said in a statement that the lack of affordable housing has been driving homelessness in Australia in the first place.

“Without a secure affordable home, it is almost unachievable for people to engage in education or employment, much less to maintain their health and well being,” she said.

The approach has worked. Most residents in Finland have, from their supported housing, entered work, school or assisted work training programmes, and most have left to live fully independent lives.

Since the first changes made in Finland in the 1980s, homelessness has dropped over 60 percent. Only around 5,000 people classified as homeless remain in the whole country and street homelessness has been almost completely eradicated.

Victoria’s social housing list was almost 49,000 in October, meaning over 100,000 people were waiting for a home. The state has also for decades had the lowest social housing rate in the country: 3.2% compared to the national average of 4.2%.

While Finland’s model can still seem distant in Australia, the new public housing spend is also a political statement that shows the government acknowledges the issues that have been building up for years in Victoria.

The scale of this project also indicates that it could be one of many to come, and sets a precedent for more similar approaches to a crisis affecting over 100,000 Australians every year.