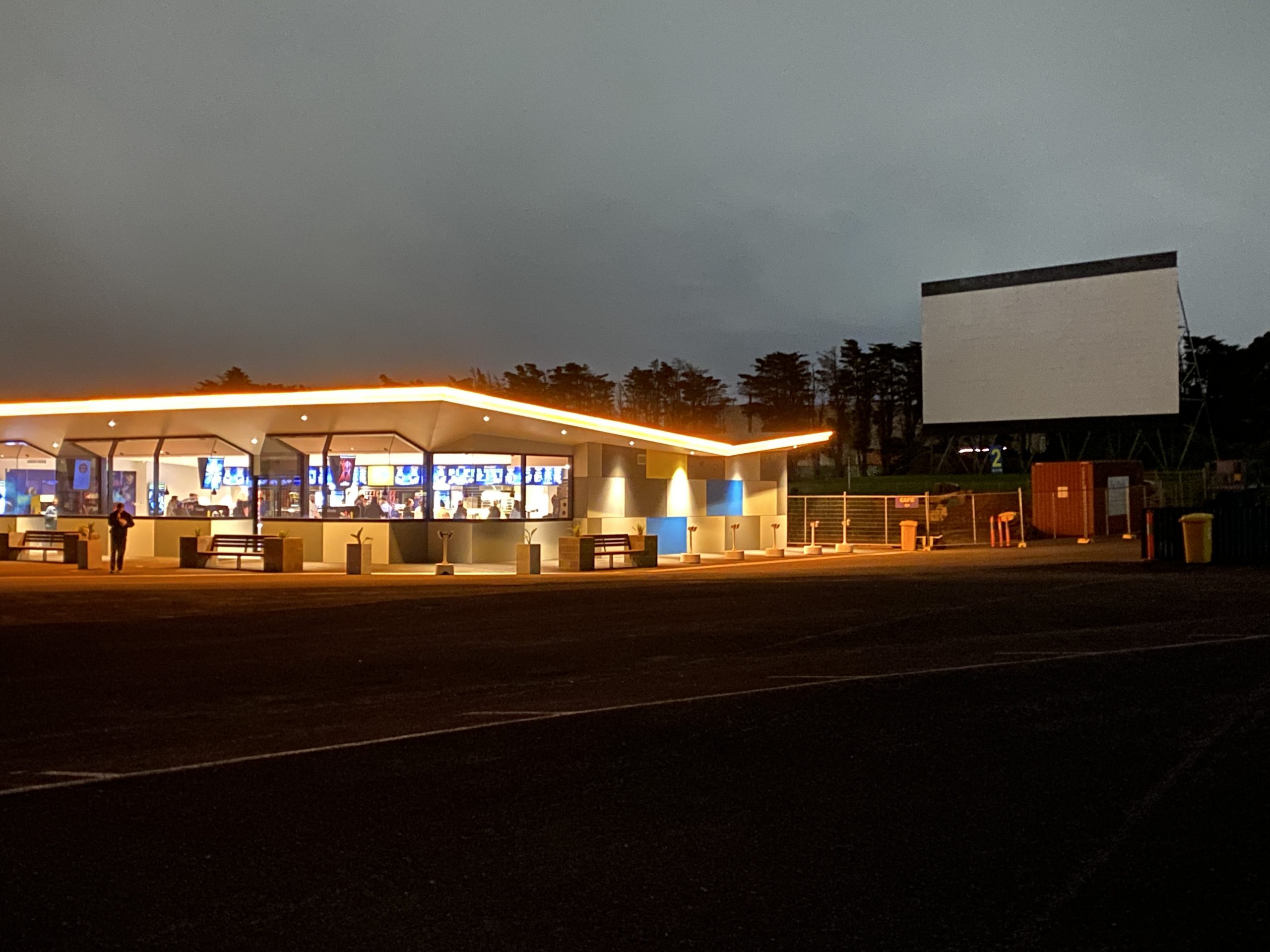 For people itching for a new source of entertainment following lockdown, Melbourne’s three drive-in cinemas have served as a safe and fun way to escape the confines of Netflix since the state’s social distancing laws were eased on June 1.

Denise Nunez, site manager of Village Cinemas Coburg Drive-In, says the drive-in trade is “pretty consistent year-round”, but she anticipates that the aftermath of coronavirus will see the site inundated with patrons.

“There’s always been a demographic [of people] that love and prefer the drive-in,” she told Hatch.

“Whether they like to enjoy a movie in their own space, or they’re introverts who don’t like the social setting of a shopping centre cinema.

“Now with the added health and social distancing precautions we’ve put in place, I think the drive-ins will be a bit more popular compared to a regular cinema in the sense that you’re sitting in your own space, you know how it’s been cleaned, who’s next to you. There is no real danger to it.”

Each of the reopening cinemas – Coburg, Dandenong’s Lunar Drive-In and Dromana 3 Drive-In – have implemented additional measures to adhere to social distancing laws, from hand sanitiser stations to online-only tickets.

“Coburg isn’t somewhere a lot of people from, say, the Southeast suburbs tend to travel down to,” she said.

“But now with that delivery service being promoted a lot, it is reminiscent of older movies that have those exact drive-in scenes, like Grease.”

At the height of their popularity, drive-ins were a dime a dozen with over 330 Australia-wide. The first, dubbed the “Skyline”, opened in Burwood in Melbourne’s east in February 1954.

In 2020, Australian drive-ins have dwindled to 11, with Victoria down to just three – but what is keeping our final, beloved drive-in cinemas alive?

Nunez says nostalgia is the beating heart of the drive-in experience.

“I think [the drive-in] appeals to a lot of people because it kind of takes them back to their childhood,” Nunez told Hatch.

“You’ve got the retro sort of diners, greasy food. There’s that real sense of nostalgia and being nostalgic for the era where drive-ins were everywhere, in every single car park.”

Drive-ins are proving to be increasingly popular overseas as moviegoers become more wary of confined spaces.

In America, the birthplace of the outdoor cinema, the industry is booming and the trend is growing around the world.

Not only are US drive-in sites seeing completely sold out movie sessions following the Coronavirus lockdown, some locations are being transformed into concert stadiums where punters can pull up in their cars to see musical acts perform.

In May, Aussie musician Keith Urban performed a drive-in concert to carloads of people outside Nashville in support of healthcare workers.

Following in hot pursuit, Australian company Action Reaction is trialling the use of drive-in venues for musical and variety entertainment, with plans to open in mid-July.