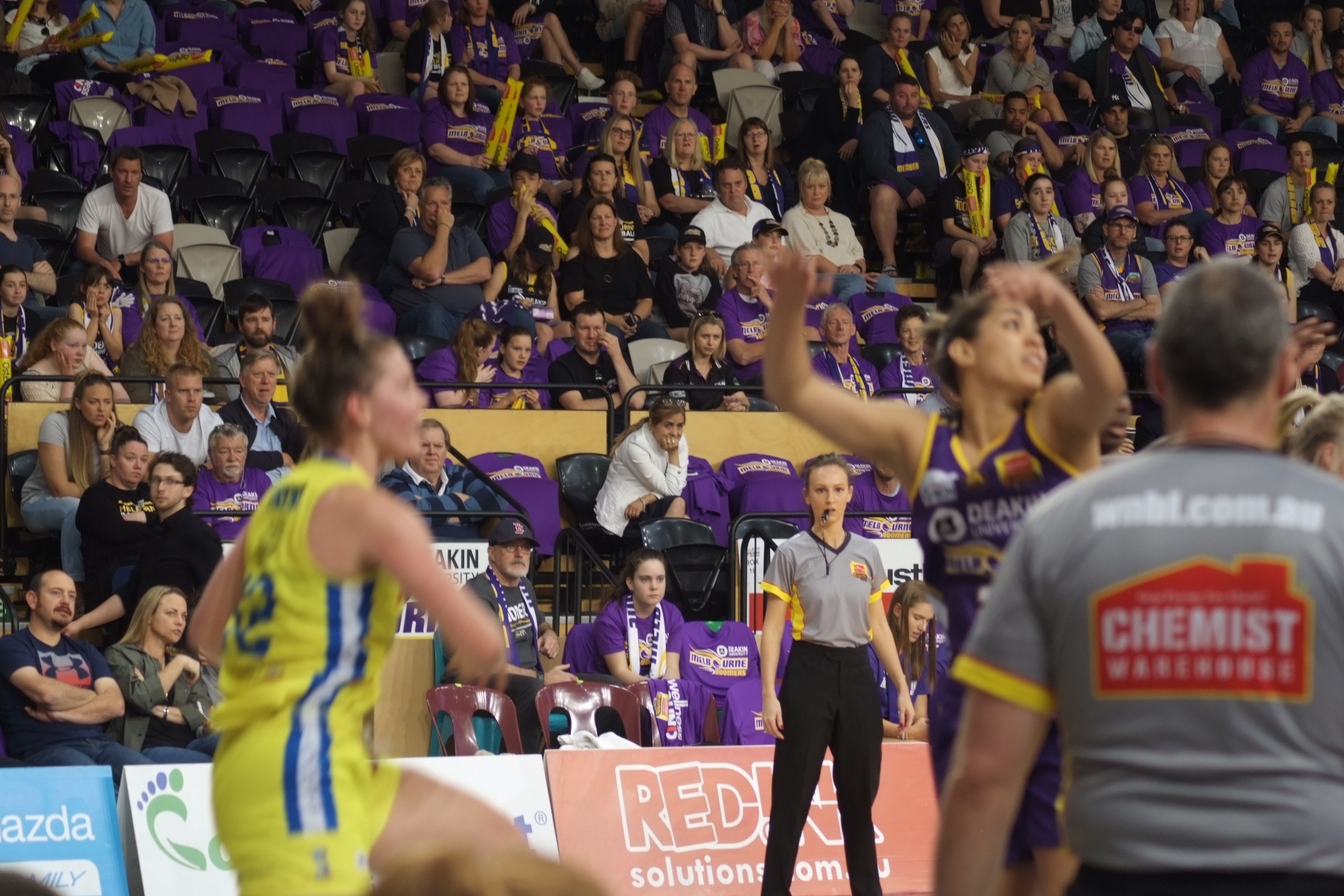 Preview of this week’s games, team by team:

The third placed Lightning are on the road this week taking on the Bendigo Spirit.

Nia Coffey will back up after her WNBL Team of the Week performance in Round 3. Newly announced co-captains Nicole Seekamp and Steph Blicavs will be keen to continue their good form as they go head to head against The Spirit’s Nat Hurst and Marena Whittle.

After losing their last two games, the Spirit will be keen to turn their form around quickly.

Import Barbara Turner will be looking for more court time against Adelaide in what will be her first home game in a Spirit jersey. Louella Tomlinson has settled in, after moving up the Calder Freeway, and will be crucial on the inside.

They will then take on the Melbourne Boomers in a Melbourne Cup eve game that is sure to be a must watch, after the Spirit won their opening round clash.

The Michele Timms Cup will up for grabs when the Rangers host the Melbourne Boomers on Saturday afternoon.

Bec Cole and her teammates will be hoping to bounce back after the loss last week the Lynx. Look for Kayla Pederson, Carley Mijovic and Tayla Roberts to crash the Boomers boards and release Cole and Betnijah Laney on the break.

A double header this weekend awaits the Boomers as they battle the Dandenong Rangers on Saturday before backing up on Monday evening for a clash with the Bendigo Spirit.

Cayla George and Steph Talbot will take part in their first Melbourne derby as they experience the Rangers v Boomers rivalry for the first time.

Look for Lindsay Allen who has been averaging almost 17 points and six assists a game to be a headache for the Rangers defense.

Round 4 tips off tonight between the @sydneyuniflames and @perthlynx before the @jaycorangers and @melbourneboomers meet in Saturday’s broadcast game! #WNBL19

After traveling non-stop over the last week it wouldn’t be surprising if the Lynx dropped this game against the Sydney Uni Flames, but after such a dominant performance against the Rangers that seems unlikely.

Michelle Timms had Maddie Allen as one of her ‘most improved’ after last week’s games against the Rangers, so expect Allen to continue her good form.

Coach Andy Stewart was wrapped with his team’s performance, most notably in the way they out-rebounded. If the Lynx can hold up that strong work ethic, it’ll go a long way to cementing the win.

After a fighting loss to the Townsville Fire that almost saw them get the win, the Flames will welcome the Perth Lynx Thursday evening.

Ally Wilson, who played her best game of the season, will back up again with Britt Smart in the hope that they can get their first win for the campaign.

If the Flames can bring the same level of energy against the Lynx to what they did against Townsville, then Wilson and Co. will have the hometown fans jumping in the aisles.

The Fire will have Kiwi international Stella Beck against the Lynx after she was absent in the sides round two clash, that the Fire lost.

Power Forward, Darcee Garbin is looking forward to taking on Asia Taylor as she looks to get one back on the Lynx star.

“She gave us buckets the other week in Perth and I think we want to rectify that this week on our home court,” she said when speaking to the Townsville Fire News.

The Capitals will host the Sydney Uni Flames on Sunday afternoon as they try and atone for last week’s loss to the Boomers.

In her first season with the Capitals, Kia Nurse is averaging 20 points and 6 rebounds a game and has become a must-watch in the women’s league.

Teammate Kelsey Griffen has been just as exciting after moving over from the Bendigo Spirit, averaging 17 points, 10 rebounds and 3 assists per game in a dynamic double act with Nurse.