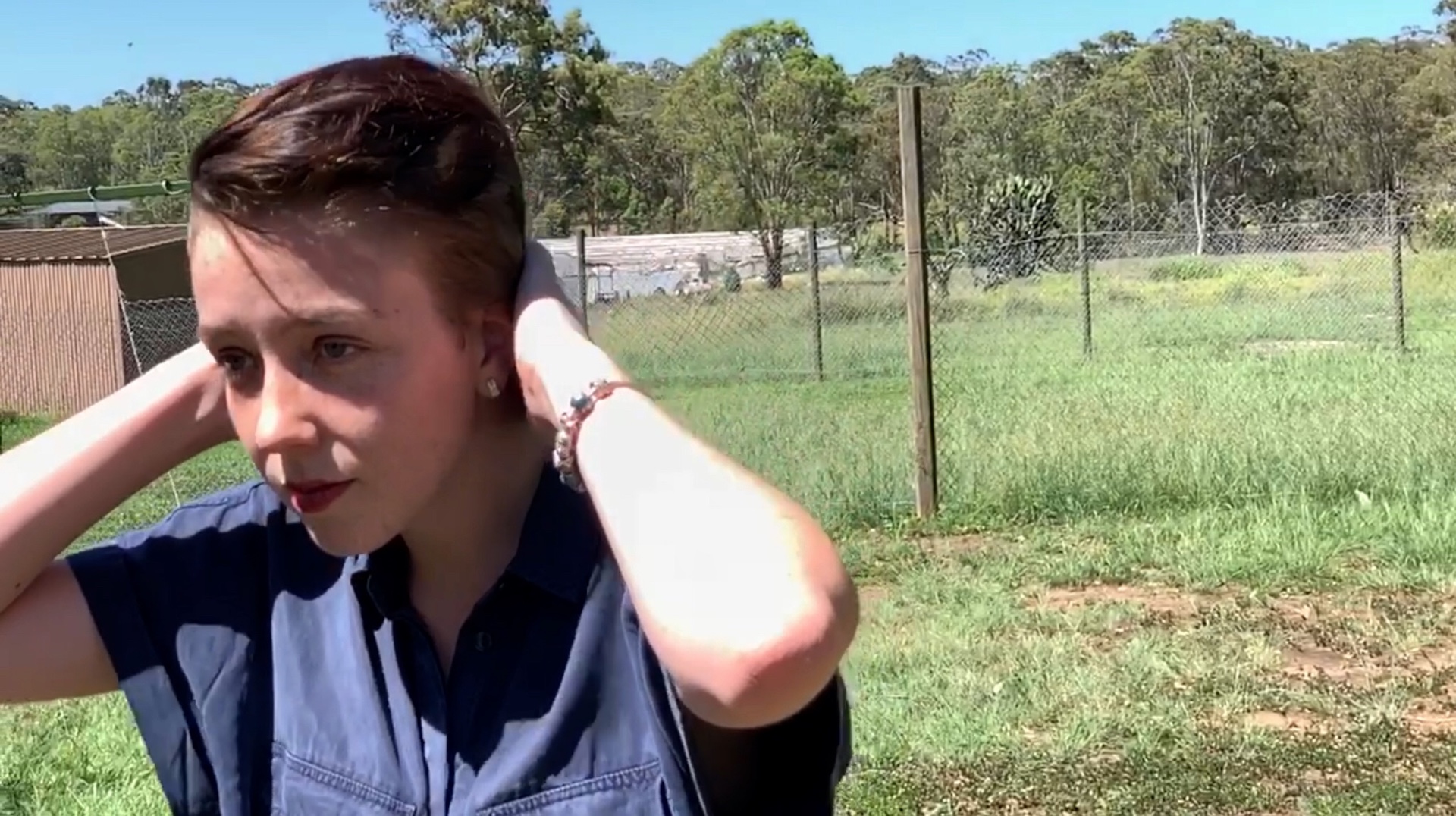 Being Brooklyn: a gender-neutral life

Growing up, Brooklyn Gibbs was a dancer who wore dresses and make-up, and had long, curly hair. But something never felt quite right.

A few months ago, Gibbs came to the realisation that they (the preferred pronoun of gender-neutral people) identified fully neither as a woman or a man. Late last year, Gibbs cut their hair, began dressing in a less traditionally female manner, and started living life on their own terms.

“I feel more comfortable when I dress gender-neutral,” says Gibbs, a 20-year-old journalist.

“I cut my hair three to four months ago, and ever since a weight has been lifted off my shoulders, literally. I’ve just been happier.”

The concept of gender neutrality (or being gender-fluid, or non-binary) is not new. However, in Australia it has started to creep into public debate and recognition only in recent years, helped by celebrities such as Ruby Rose (latest role Batwoman) and Miley Cyrus publicly identifying as gender-neutral – and also by Tasmanian moves to offer the option of not recording gender on birth certificates.

Legislation removing a requirement that a married person must divorce before registering a change of sex on their birth certificate was passed by Tasmania’s House of Assembly late last year, along with an amendment (supported by Labor and Greens MPs) allowing parents to choose whether a baby’s gender is recorded on certificates. It still needs to get through the upper house.

While the idea of gender neutrality is relatively new in many Western societies, it has long been recognised in many countries and cultures, with people identifying as neither fully male or female being accepted and embraced by their families and wider society.

Native Americans often had people in their tribes who were referred to as “two spirit”, due to them displaying both male and female traits. Active contributors to their tribe, they were highly regarded.

In India, the hijra (third gender) minority dates back to antiquity, and was socially accepted. Outlawed and criminalised by the British during the era of Empire, it was formally recognised in 2014.

Other gender-neutral groups who are widely accepted include the Fa’afafine of Polynesia and the Dineh of the south-western US.

Using pronouns such as “they” and “them” to refer to an individual feels alien to many people. Yet to gender-neutral people, being referred to as “she” or “he”, or as “her” or “him”, is jarring. These pronouns do not reflect how they view themselves. They may feel female one day, male the next.

Sally Goldner, acting executive director of TransGender Victoria, says this natural human condition is misunderstood, but that is slowly changing, partly due to the likes of Ruby Rose and Miley Cyrus.

“Ruby Rose identifies as gender-neutral and Miley Cyrus is someone who identifies that way as well. So finding role models is really important.”

Goldner also admires the British singer-songwriter and activist CN Lester, who in her 2017 book Trans Like Me explains all human conditions under the transgender umbrella term, aiming to eliminate labels and educate readers about both transgender and gender-neutral people.