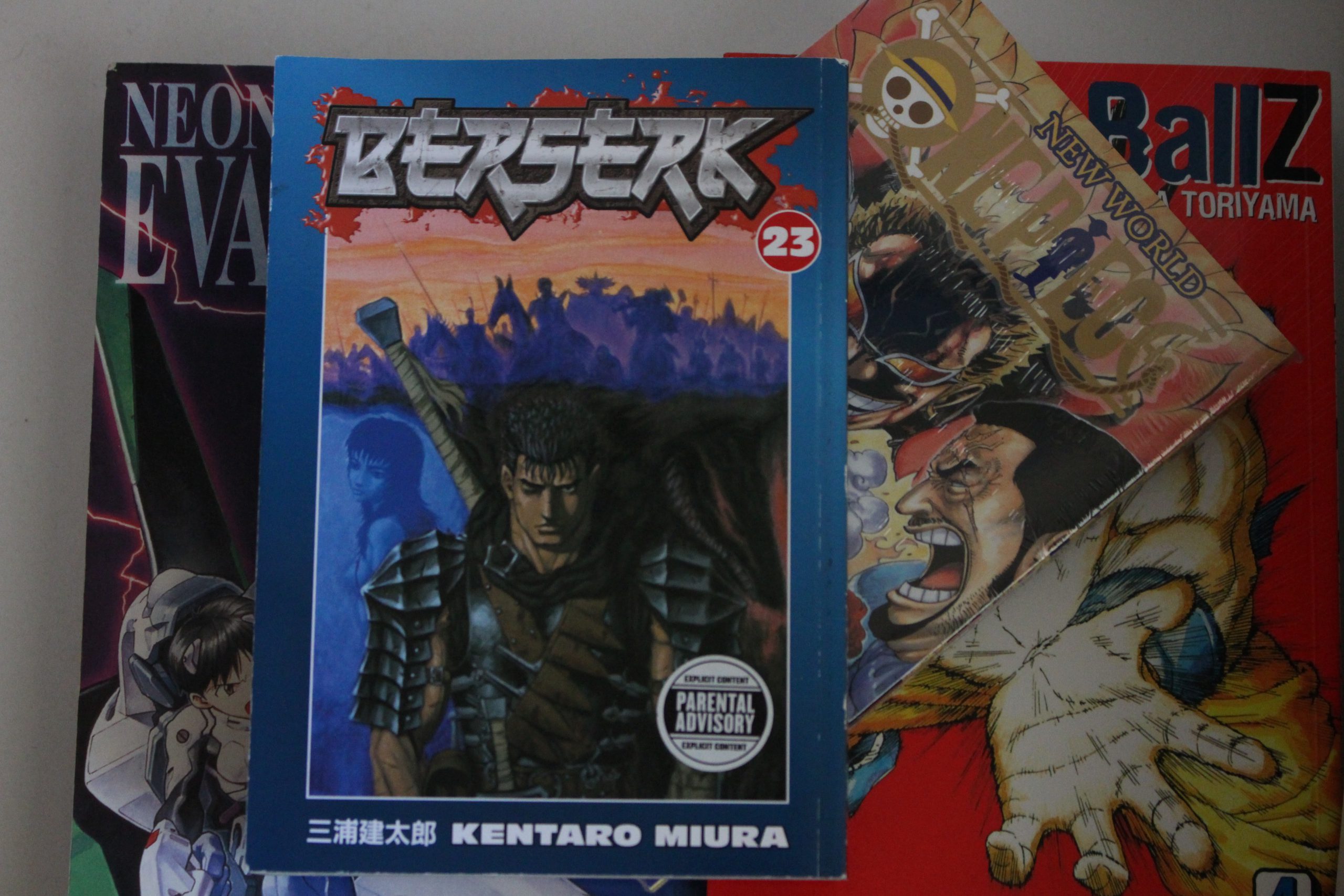 A few months ago, grim news of the artist and writer of Berserk Kentaro Miura’s death shocked the anime and manga world. July 11th marked what would have been his 55th birthday, leaving many fans to celebrate in honour of it flooding Twitter with the hashtag #ThankyouMiura.

Berserk is highly regarded as one of the best Manga ever written for its incredible detail, creative illustrations, and twisted take on the dark fantasy genre. The Manga handled many dark themes and fused elements of both Tolkien and Lovecraft to create a grim and gruesome world.

Miura’s fantastical illustrations bring his grotesque comic to life. Every page feels like its own art piece on display for the viewer to gawk at.

“Like all the best technical Mangaka, such as Inoue and Otomo, Miura understood when to take shortcuts and when not to,” said Nie. “The intensity of his line-work and distinctive hatching-focused style gives Berserk a textural quality that resembles woodcut illustration.”

“I think pulling from that visual canon of European folk horror is what sets Berserk apart and makes it feel like such an atmospherically realised rendition of a fairy tale collection gone horribly wrong.”

Miura drew heavy inspiration from folklore from the West, Japan, the Middle East and Greece. The creatures seen in Berserk ranged from ogres and trolls to ones resembling religious imagery and abominations that would creep out Lovecraft.

In a 2002 interview, Miura expressed his love for cheesy horror movies, praising Sam Raimi as a source of inspiration for the Manga with his over-the-top gore and stylistic fantasy violence.

Berserk brought a new gross and hellish spin to the fantasy genre. It also challenged the idea of a standard fantasy hero.

Guts wasn’t the usual fantasy prince saving the princess with his swift sword skills or a rogue shinobi fighting to regain his honor. Miura decided to tell the story of a broken swordsman motivated by hatred and despair.

Guts is not the fantasy hero you would come to expect from the time. He is an intense man who can sometimes be just as flawed and bloodthirsty as the monsters he faces. Wielding a giant greatsword, Guts crushes anyone who crosses him with no regard for right or wrong.

Guts challenged the idea of masculinity by showing a more sensitive side to the traditional fantasy strong man. Guts may have a carefree and nihilistic attitude but deep down cares dearly for his friends and is not afraid to show a softer side if you manage to catch him with his guard down.

Since Berserk, the idea of a fantasy hero has changed. An example would be Cloud Strife from Final Fantasy 7 being a similar character (he even wields the same weapon) and bringing a more sensitive side to these heroes while keeping their bravado and masculinity that make them compelling.

Miura’s work lives on in many different forms. Dark Souls and Bloodborne director Hidetaka Miyazaki has expressed his love for Berserk in interviews before and often uses similar imagery in his games. The dark themes and characters of George R.R Martins A Song of Ice and Fire could be loosely traced back to Berserk.

While Miura may be gone, Berserk will continue to influence other Mangaka, game designers, writers, and artists for decades.

“Miura’s commitment to tone and atmosphere are very influential to my practice,” said Mia. “The series isn’t perfect and a lot of valid criticism has been made about the sometimes exploitative nature of its content, but….it does so in service of a monomaniacal pursuit of pitch blackness, an imagination of human experience as wicked and alienating.”

“The cumulative effect is nauseating, but also makes its hard-fought optimism feel all the more ecstatic.”

Mia Nie is working on her debut graphic novel. You can follow her here.

It’s unclear whether Berserk will be continuing under a new editorial team or is being left as it is.

“I actually don’t think I could let such a long grim story end with a grim ending — like, say, having him suddenly die,” Miura said in a 2000 interview. “I don’t really like that kind of entertainment. I’ll leave it to my subconscious.”