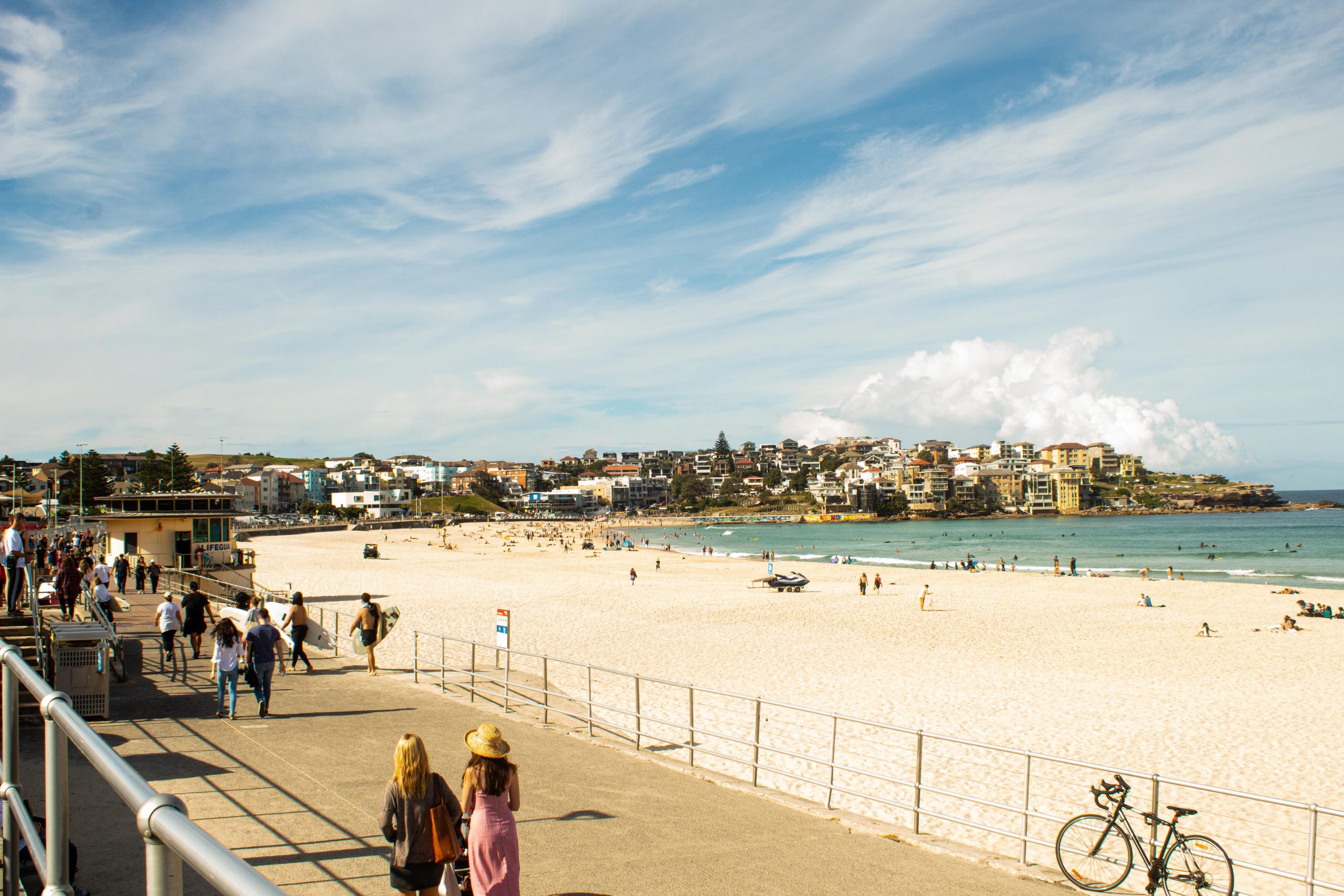 Bondi Beach: locals want to keep it as it is (Photo: Maria Sajulga)

A proposal for a pop-up beach club on the iconic sands of Bondi Beach next summer is being opposed by locals, who have condemned it as “elitist and exclusive”.

But the local entrepreneur behind the venture has hit back at critics, telling Hatch that his Amalfi Beach Club has been misunderstood and will help to bring people back to Australia’s most famous beach.

The beach club is being promoted as a European-style venue offering cabanas, days beds and beach umbrellas, to be booked for a fee, and a kitchen serving food and drinks, with tables for patrons.

It would be fenced off and would operate out of two shipping containers.

With a development application submitted to Waverley Council, which covers Bondi Beach, a petition opposing Amalfi has already attracted more than 30,000 signatures.

One local resident, Dave, told Hatch: “Apart from being an abhorrent structure, it’s right in front of a notorious rip.

“So they’re gonna encourage people to drink alcohol there, and I don’t know how Waverley Council could, with any conscience, agree to this when they’re gonna be pulling drunk people off the surf.”

Noting that the promoters say the club will occupy less than two per cent of the total expanse of Bondi’s golden sands, the petition states: “On an ordinary pre-Covid day in summer, Bondi is packed to the hilt, with approximately 40,000 people visiting the beach.

“So reserving even two per cent of the beach space displaces at least 800 from the beach in favour of a handful of the elite who can afford it.”

However, the man behind Amalfi Beach Club, Janek Gazecki, said in an interview with Hatch: “The idea that Bondi is so busy that our tiny 1.3 per cent set-up is going to exclude people from the beach is absolute madness.

“There is plenty of room on that beach, and since Covid we’ve been down more than 85-90 per cent in tourism here, so the beach is largely empty. We need to be bringing people back to Bondi at the moment.”

One local resident, Katie, questioned the wisdom of that idea, saying:

“I think Bondi is busy enough as it is, and there are plenty of cool spaces around … I think having Bondi as a public space, for visitors, locals, and [as] a free space, is really important.”

Other local beachgoers, Phoebe and Lily, said that the beach was an “inclusive space” and shouldn’t be commercialised. “It takes away from the natural beauty,” Lily said.

“We’ve always been able to experience our beaches the way that we want to, and it’s just like selling off our beaches.”

Gazecki pointed out that he’s a Bondi local too. “I think there’s a perception that the people behind this idea are some multinational corporation,” he said. “It’s my wife and I; we’re a couple of locals.”

He said the club, which would be open four days a week, would benefit the local community, generating about $5 million in economic benefits and $1.9 million in jobs.

Gazecki called for the venture to be judged fairly. “All that I’ve ever asked for in this process is a merit-based assessment, a democratic approach to our proposal.”

Bondi has long had a cabana and day bed leasing service, with deckchairs and umbrellas for hire. The club, Gazecki says, will just add a food and alcohol service.

As for the safety fears, Gazecki said the beach club would have a designated lifeguard, in addition to the two local patrols that already operate at Bondi.

Gazecki added:”We commercialise public land every day around Bondi Beach.” He pointed to the open-air cinema, ice rink, and private marquees at events such as City2Surf.

Waverley Council has said it will take community sentiment into account when assessing the proposal. However, since Bondi Beach is Crown land, a final decision will be up to the NSW government,

NSW Planning Minister Rob Stokes has said he is opposed to the idea of carving off part of the beach for private use, and that it would disadvantage locals.

“The NSW Government has poured millions into programs to assist local businesses, especially hospitality, get back on their feet after the unprecedented impacts of the pandemic last year,” he told 7News.

“Our beaches are for everyone and should be free.”