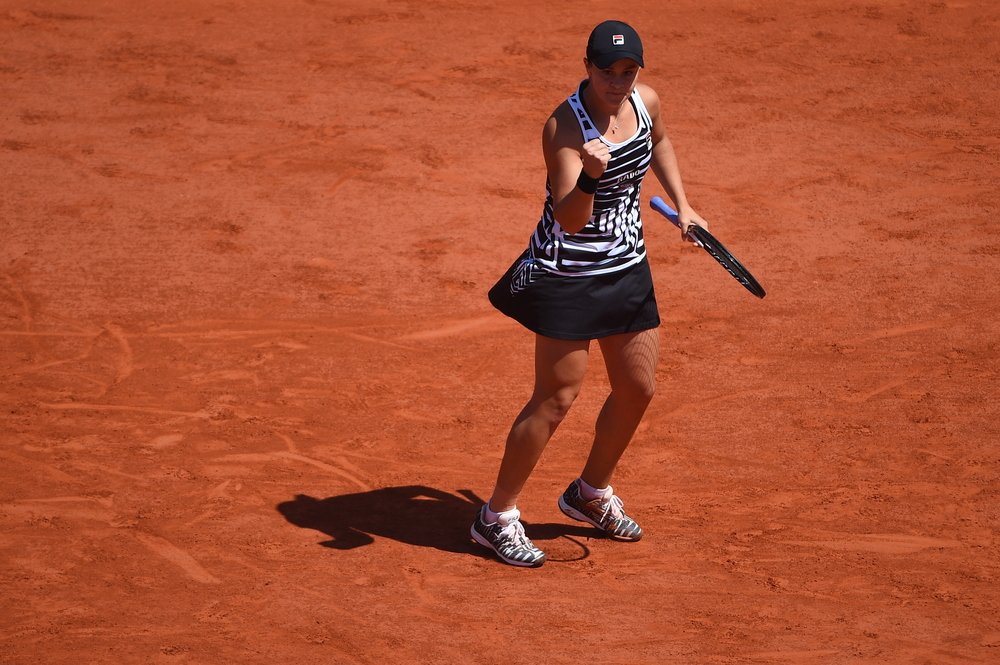 Ash Barty is on the verge of making tennis history after dispatching 14th seed Madison Keys 6-3 7-5 in the French Open quarter finals on Thursday night.

Barty – who famously gave up tennis to play cricket before returning to her favoured sport – will join the ranks of Australian tennis immortals if she can continue her remarkable Paris run and seize the title on the weekend. She would be only the second Indigenous Australian to win a grand slam event, following in the footsteps of Evonne Goolagong Cawley – who won her first major title at the French in 1971.

The 23-year-old from Ipswich entered the tournament as the 8th seed but should she conquer the field and break through for her first French title (and first singles Grand Slam) she will be ranked second in the world.

Even now, a place in the world’s top four is mathematically confirmed and a new career-best ranking will be achieved.

Barty dismissed Keys in just 69 minutes as her American opponent racked up 26 unforced errors to 17, and Barty made her aggression count by picking up the point on 11 of her 12 net approaches.

Only one Australian woman has ever been ranked inside the top 2 on official @WTA singles rankings.

Ash #Barty (now guaranteed to leave Paris in world’s top 4) will join the legendary Evonne Goolagong Cawley on that list if she wins her next two matches.#RG19 pic.twitter.com/p8cEhnWp14

The extra day’s rest may have helped both players focus as the game was initially scheduled to commence a day earlier before the entire June 5 schedule was wiped out due to heavy rain.

The first set would stay on serve to 3-3 before Barty truly hit her stride, running away with two crucial breaks among three straight games to take it 6-3.

As Barty won plaudits for her composed slice backhand through the second, Keys would again find herself a break down at 5-3 and serving to stay in the tournament, which she would convert then produce her only break of Barty’s serve for the match to level the affair at 5-5.

Serving at that point, Keys appeared to be steadying the ship with two rapid aces before eventually handing Barty a golden chance at 6-5 by producing her one and only double fault on a break point.

The dual-sport athlete duly capitalised, earning her first singles Grand Slam semi-final and becoming the first Australian to reach that stage since fellow Queenslander Sam Stosur at the same event three years ago.

Though Stosur never won the clay title, her 2011 US Open triumph remains the most recent mountain climbed by an Australian player. Barty could follow in the footsteps of Goolagong Cawley’s groundbreaking success in 1971. The last Australian overall to win at Roland Garros was Margaret Court in 1973. No Australian man has won in Paris since Rod Laver in 1969.

After the match, Barty was asked on whether she’d heard results coming through from centre court, where third seed Simona Halep was sensationally bundled out by unseeded 17-year-old American Amanda Anisimova 6-2 6-4 to set up a semi-final clash with Barty.

Indeed she has, having dropped a single set so far at Roland Garros in a run to the semis that has oddly drawn her against four Americans in her five matches, the exception coming in the third round with a 6-3 6-1 triumph over former World No. 6 Andrea Petkovic of Germany.

Defending champion Halep would have been by far the most established name in the final four in terms of previous success as an individual but instead saw what could have been a dream run crushed instead by the previously unheralded Anisimova, sent packing in just one minute less than the concurrently running Barty-Keys match lasted.

The women remaining in the singles draw this year have all achieved career-best placings by coming this far, with Barty and two teenagers still fighting it out with British 26th seed Johanna Konta for a guaranteed first-time crown.

Barty’s next match will be held at 8pm (AEST) on Friday night against Anisimova.