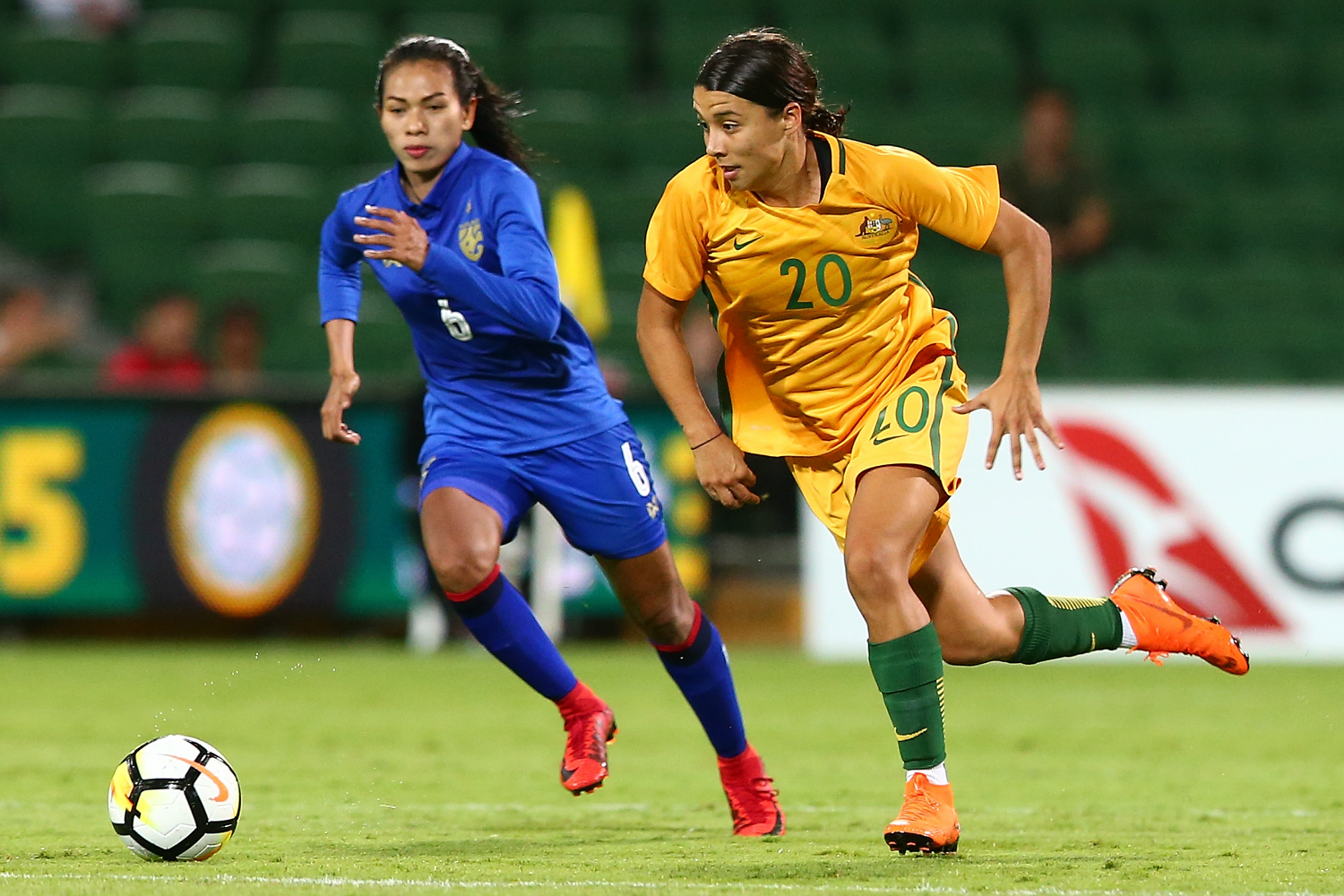 Part of a sports-orientated family her older brother Daniel Kerr and Father Roger Kerr were both professional Aussie rules footballers.

Her football career began in 2006 at Perth’s Western Knights. Aged just 12 she stayed with the Football West State League Division One club for three years before moving to the national W-league team Perth Glory.

Psanadoulakis, who coached Kerr as a junior from the ages of 12 to 14, thinks her natural ability will be the difference between the Matildas having an OK run or an exceptional one.

“When she came to us I knew straightaway that she’s going to play for Australia,” he told Hatch.

“She wasn’t the most skillful player on the ball, but she had the ability to read the game.”

Since then Kerr has played for many different professional teams, both in Australia and America. From Perth Glory 2008-2011 to Western New York Flash, 2013-2014. She returned to Perth Glory in 2014, then moved to Sky Blue FC for 2015-2017 and finally to the Chicago Red Stars, where she has been since last year.

Along the way Kerr has accomplished some mighty feats.

In 2009 she was voted Player’s Player and awarded Goal of the Year for her long-range effort against Sydney FC in round 8.

She competed against and bested the likes of footballing superstar Aaron Mooy, NBA all-star Ben Simmons and golfer Jason Day, in becoming the face of Nike’s Australian sports campaigns for 2019.

Along with these feats Kerr has some very memorable moments in her decade-long professional career.

Embed from Getty Images
Kerr is more than just a phenomenal player on the pitch.

She has many powerful qualities off the pitch.

The 25-year-old connects with her fan base, taking the time to engage with her fans, staying humble and making it easy to become and stay a fan.

After the W-League final in 2017, she spent over 30 mins with fans – and that was after a demoralising defeat.

It goes to show the kind of character and humility Kerr has maintained throughout her career.

Then there’s her infectious trait of supporting a cause that is close to her heart. Most noticeably shown in her passion for the equal rights of women in sport, which can be shown in her interview with Whimn.com.

“Its a good thing. It’s the place we want to be. You don’t really call it ‘women’s tennis’ you call it ‘tennis. At the end of the day it is sport and we are just athletes.”

Is she, or isn’t she, the world’s best footballer? You be the judge.

She’s got my vote.