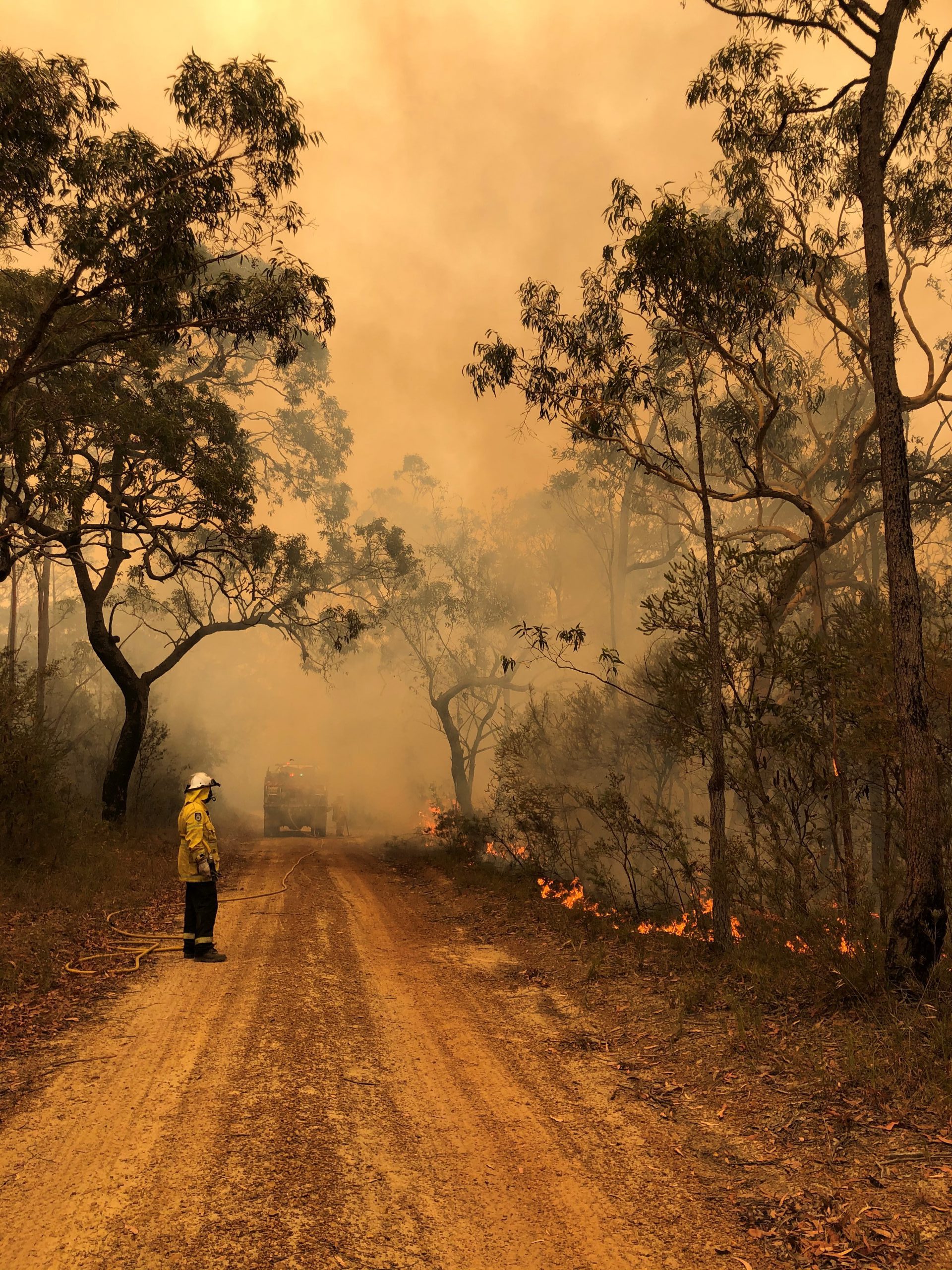 Bushfires: are we on the brink of another black summer?

Andrew Elton has vivid memories of New Year’s Eve 2019. His NSW south coast town of Bewong was engulfed by fire.

“The fires covered so much ground, and the smoke was so thick that it blocked out the sun,” the 26-year-old recalls. “By 2 o’clock in the afternoon, it was looking like it was midnight.”

For south-eastern Australia, the summer of 2019-20 was one of the worst bushfire seasons on record. But it isn’t only Australia that has been experiencing extreme weather. Recent months have seen devastating fires on the west coast of the US, and in Greece, Italy and Turkey, accompanied by record heatwaves.

Australia is no stranger to bushfires; it is one of the world’s most fire-prone countries. Vast landscapes of grass and bushland, coupled with a hot and dry climate, can be a recipe for disaster. But of late our climate has been getting even hotter and drier.

According to the 2020 State of the Climate Report, released by the CSIRO and the Bureau of Meteorology, there were 33 days in 2019 that exceeded 39 ºC. Between 1960 and 2018, there were just 24 days that saw equivalent temperatures.

The report noted that there has been a shift in south-eastern Australia, with the frequency of drier years intensifying, and the cooler months of April to October seeing below-average rainfall for 17 of the past 20 years.

Dr Rachael Nolan, a lecturer in fire ecology and biogeosciences at Western Sydney University, says the fires in the US and Australia demonstrate what happens when climate change is overlaid on top of normal drought periods.

The droughts get hotter and drier, then you get these bigger fires, and you get an earlier start to the season. We really saw that here in Australia in 2019-2020.

Dr Nolan has watched with interest the different approaches adopted by Australia and the US to fire management, as countries around the world grapple with the same climate change problem.

“Australia has been really good at doing production [reduction] burns and the US have been more focused on spending large amounts of money on suppression,” she says.

More than 47 per cent of California is currently classed as being in exceptional drought, the highest level of drought.

Lake Mead, the reservoir created by the Hoover Dam in Nevada and the water supply for 25 million people, is at an all-time low of just 37 per cent. Eight US states had their hottest June on record, and another six their second hottest.

The fires have also burned record amounts of land – more than during the summer of 2020, which was the worst fire season on record before this year, according to the California Department of Forestry and Fire.

Is this the new norm?

While the science is clear that the earth is warming, droughts are becoming more intense and fire seasons are starting earlier, there is little evidence showing how frequent these patterns will become.

Inspector Ben Shepherd from the NSW Rural Fire Service says the conditions experienced during the 2019-20 fire season in Australia are not necessarily the new norm, but they could very well be the “new extreme”.

“In 2019, fires were impacting communities as early as July and August, when the fire season doesn’t usually start until October,” he says.

What does the future hold?

An independent inquiry into the Black Summer bushfires in NSW made 76 recommendations, which the state government has said will be adopted in full. They include giving firefighters powers to enter private properties to conduct hazard reduction burns.

A royal commission into the fires recommended, among other things, a new law allowing a “state of national emergency” to be declared, better monitoring of air quality, and a new fire danger rating system.

Back on the NSW south coast, Lee Birrer, who lost his home in Tomerong to fire, believes that more back-burning – clearing fuel in the path of a fire – is the best preventive measure in high-risk areas.

Before the 2019-20 fires, he recalls, “it was that dry and hot, and there was heaps of leaf litter and fuel on the ground.

“It felt like the recipe was there for a big fire. I was so nervous of a mate throwing a cigarette butt on the ground and a fire starting from that.”

Research shows that a doubling of the volume of fuel in forest areas doubles the rate of fire spread and quadruples its intensity.

Dr Nolan says the NSW government has committed more funds to firefighting, but only for the next five years. And she sees a familiar cycle at work.

We had some really bad bushfires in 1939, people died, there was a royal commission and a bunch of recommendations. Things changed, but people slowly became complacent.

“The same thing has just been happening every couple of decades.”