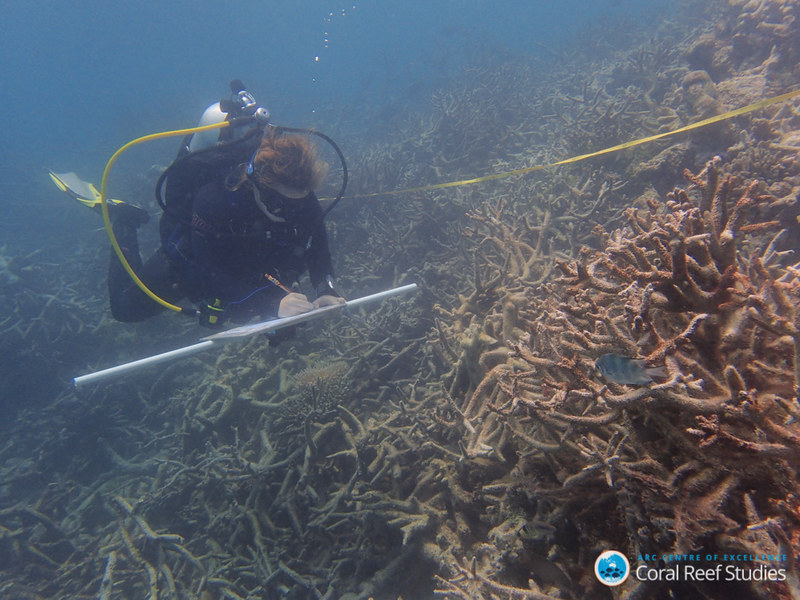 It’s the largest living structure on the planet, a major tourist attraction and home to thousands of marine life species. But the Great Barrier Reef is under threat – from climate change.

Earlier this year, the reef underwent its third mass bleaching event in five years. It was estimated to be the most geographically extensive bleaching to date, with reefs affected all the way from the reef’s southernmost to its northernmost tip.

“That is unlike what we’ve seen previously, where the bleaching is usually concentrated in a portion of the reef,” says Professor Morgan Pratchett, from the ARC Centre of Excellence for Coral Reef Studies, based at James Cook University.

More than 65,000 people depend on the Great Barrier Reef for jobs, mostly in tourism and fishing. Future declines in its health could therefore have serious economic implications.

“Coral reefs are critically important, not only in developing countries, where the requirement or the reliance on coral reefs is absolutely fundamental to livelihood,” says Prof Pratchett.

“But even in developed countries, coral reefs contribute enormously in terms of fisheries production and tourism revenue.”

Coral bleaching is caused by warming of oceans. The first mass bleaching event occurred on the Great Barrier Reef in 1998, then the hottest year on record.

Since then, there have been four more mass bleachings, as temperature records were repeatedly broken – in 2002, 2016, 2017 and, most recently, in February this year, when the highest monthly temperatures ever were recorded on the Great Barrier Reef.

A growing concern is that the gaps between these events are shrinking, preventing a full recovery of reefs impacted by past bleachings.

“What we are seeing is a growing picture of cummulative impact of successive marine heatwaves being driven by climate change,” says Dr David Wachenfeld, Chief Scientist at the Great Barrier Reef Marine Park Authority.

These include improved control of crown-of-thorns starfish, partnering with farmers to reduce pollution run-off, and exploring the potential for active reef restoration.

Professor Terry Hughes, director of the ARC Centre of Excellence, conducted an aerial survey of more than 1000 reefs in March to measure the extent and severity of bleaching across the Great Barrier Reef.

“We do anticipate that there are going to be high levels of coral mortality on the Great Barrier Reef, but they are probably going to be concentrated in the southernmost sector of the reef,” says Prof Pratchett.