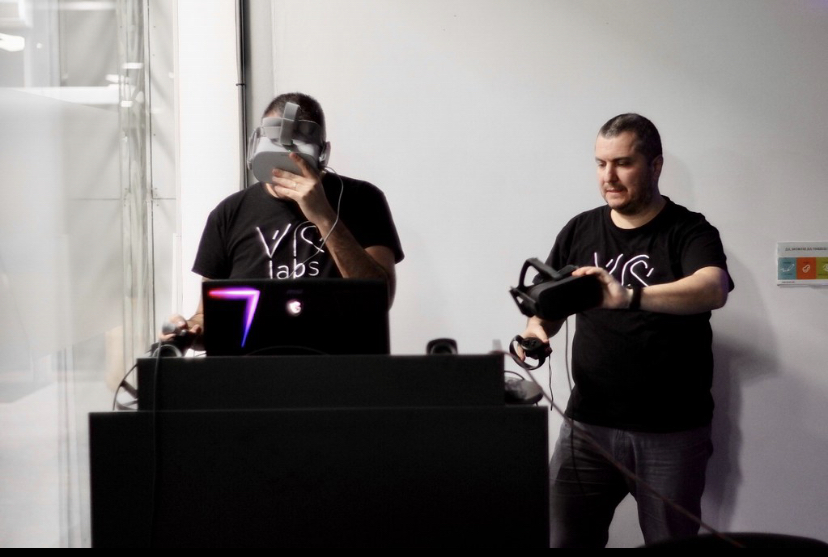 Embrace the future of immersive Journalism-with the M&J Pod

Talking about immersive reporting and experiences, what could be better than a four-dimensional view of the subject with the use of latest technology and futuristic gadgets. The Facebook entry on the Metaverse has the potential to reshape and impact media industry like never before.

Thomas Seymat, who is a digital journalism strategist, innovator and professor told Hatch: “the metasverse will save journalism if we realise as an industry that this arms-race-to-the-metaverse is made through 10 figure investments and deals from news organisations and big tech companies”.

“If news companies with millions of active users are getting ready for what they see as a next thing, they gotta stay ahead of the curve.”

He also said that listening to what the audience wants is the gateway to improving 360/Virtual Reality experiences.

“Gathering useful, actionable qualitative feedback is not easy for many reasons and 90% of the content creators say they want a better tool to help them test content and conduct research for more engaging storytelling.”

With endless possibilities of what can be done in the virtual space, metaverse will bring new ways for us to consume news content as well as in the production methods with the use of AR, VR, Photogrammetry, 360 degrees videos.

And if it occupies the border space between information and entertainment, immersive journalism could bring focus on community building and education in virtual worlds with the influence of the online world to the offline lives of its residents.

Remote working opportunities are increasingly become popular in the newsrooms as the means of communication is taking digital form, now is the time that news organisations lead and train their staff members collectively on the same level.

Ms. Lauren Rosewarne emphasises on saying that as technology evolves and new issues emerge like pandemic and lockdowns, understanding the new tools at your disposal is the key to foster an enthusiastic and collaborative remote team.

“This will ensure that everyone has the right knowledge and tools to create what is expected from them.” she said.

With the advancement of technology in the news space, newsrooms need to consider establishing methods to assess beforehand on how technologies change ethical practise, with making journalists and press ethics bodies more aware of the audience dimension and doing no psychological harm to them.

The metaverse journalism can be significantly ‘different’ from the visual form as journalists could unknowingly create a misleading and fabricated perspective during an immersive experience, for instance, re-enactment of the event, manipulation of the scene by editing it.

“We don’t know yet if the AR/VR experience is going to be feasible in consumption of news for the audience, but we do know that it is the future.” Jano Gibson

For pushing the boundaries of immersive journalism and making it a sustainable part of newsrooms considering the plateau of interest, newsrooms do need to go to the grassroots platforms like Instagram, TikTok rather than static entities (print, audio, video) for breaking big stories or publishing the story first on these worldwide platforms.

This will not only create the human traffic and generate revenue, but also choosing the right stories on the right time could create the desired ripple of shift in the media industry.