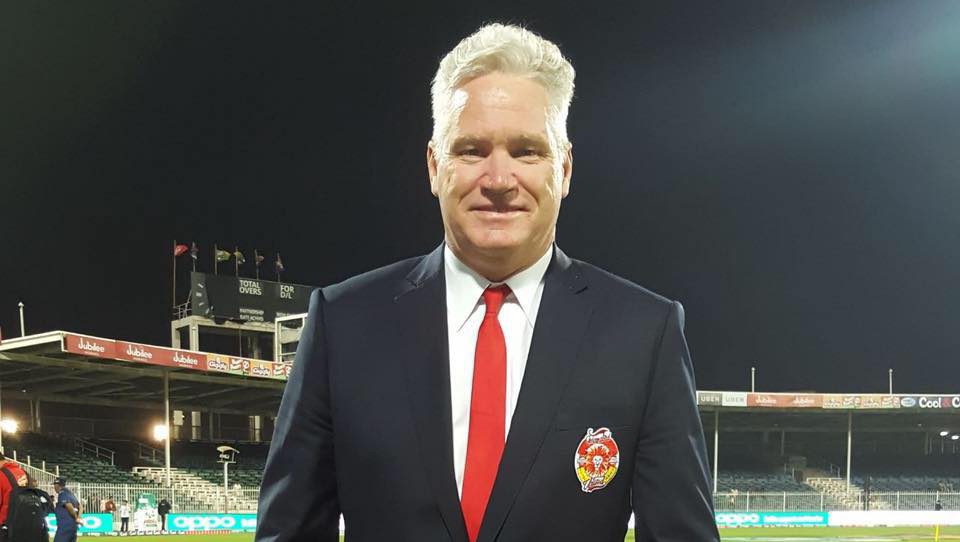 Thanks for the memories, Jonesy

When you were a young boy growing up in sports mad Victoria in the 1980s, there was only one cricketer you wanted to be: Dean Jones.

So when the shocking news of Jones’ passing, from a heart attack, aged just 59, swept through the cricketing world, the thoughts of all who knew and loved him paused to reflect on a life taken too soon.

Whether it was in the backyard, on a crappy old cricket strip you’d made with your Grandfather’s Victa lawn mower, or on the unkempt school oval surrounded by pine trees and BMX bikes. You always wanted to be just like ‘Jonesy’.

The image comes easily back to mind: collar flipped up, lips coated with white zinc cream and chewing gum being chewed into oblivion, we all wanted to look like him. We wanted to be him.

I tried with the mullet, but I could never get it to flow so long, let alone bounce like his did as he sped up and down the wicket, chasing that extra run at every opportunity.

I would sit in the bottom stand of the MCG with my dad, who worked on the gates back then so we’d get in for free a lot of the time, and we’d watch Jones religiously. Dad would explain the intricacies of how Jones would take command of the game, through subtle skill and superb timing.

It may be partially why I’m so upset as I write this. I almost lost my father to a heart attack a few years ago. Perhaps it’s those memories flooding back why the news of Jones’ death seems to be hitting me so hard.

He was an entertainer, a run machine and inspiration to so many kids growing up during his time at the crease. Whether he was playing for Victoria or representing Australia, it was Jones and fellow Victorian Merv Hughes who the crowds came to watch.

Those matches at the MCG were a sight to behold, an experience like no other. We shall never see his kind again. While Jones was at the crease he would have the crowd in the palm of his hand, like Freddie Mercury on stage at Wembley.

We felt every body blow, every sneaky single and cheered the cheeky sledge towards the opposing wicket keeper after stealing a second. We rode every chance of a dropped catch, and watched in awe as he would send balls flying into and over the stands like ballistic missiles from his trademark sweeps.

Players over the years have tried to match Jones’ tricks, skills and self-confidence to win a game. Some have come close, but none will ever capture the x-factor that Dean Jones brought. He elevated cricket, and through his sheer will and talent, captured our imaginations.

Once Jones retired in 1998, I lost interest and no longer felt that connection with the game. The players who came through next never seemed to have the charisma nor the stature Jones embodied.

To me and my father, Jones was irreplaceable, and the game was never again quite as exciting to us.

When I head Jones had died, the first thing I did was message my father. I can’t help but feel a deep sadness over losing a man who brought so much joy to millions and inspired generations of boys and girls to pick up a County Cricket Bat.

So, thanks Dean Jones.

Thanks for giving me and my father such wonderful memories and a lifetime of conversation and connection. You truly are a legend of the game and will be missed as a husband, father, cricketer, and an all round great guy.