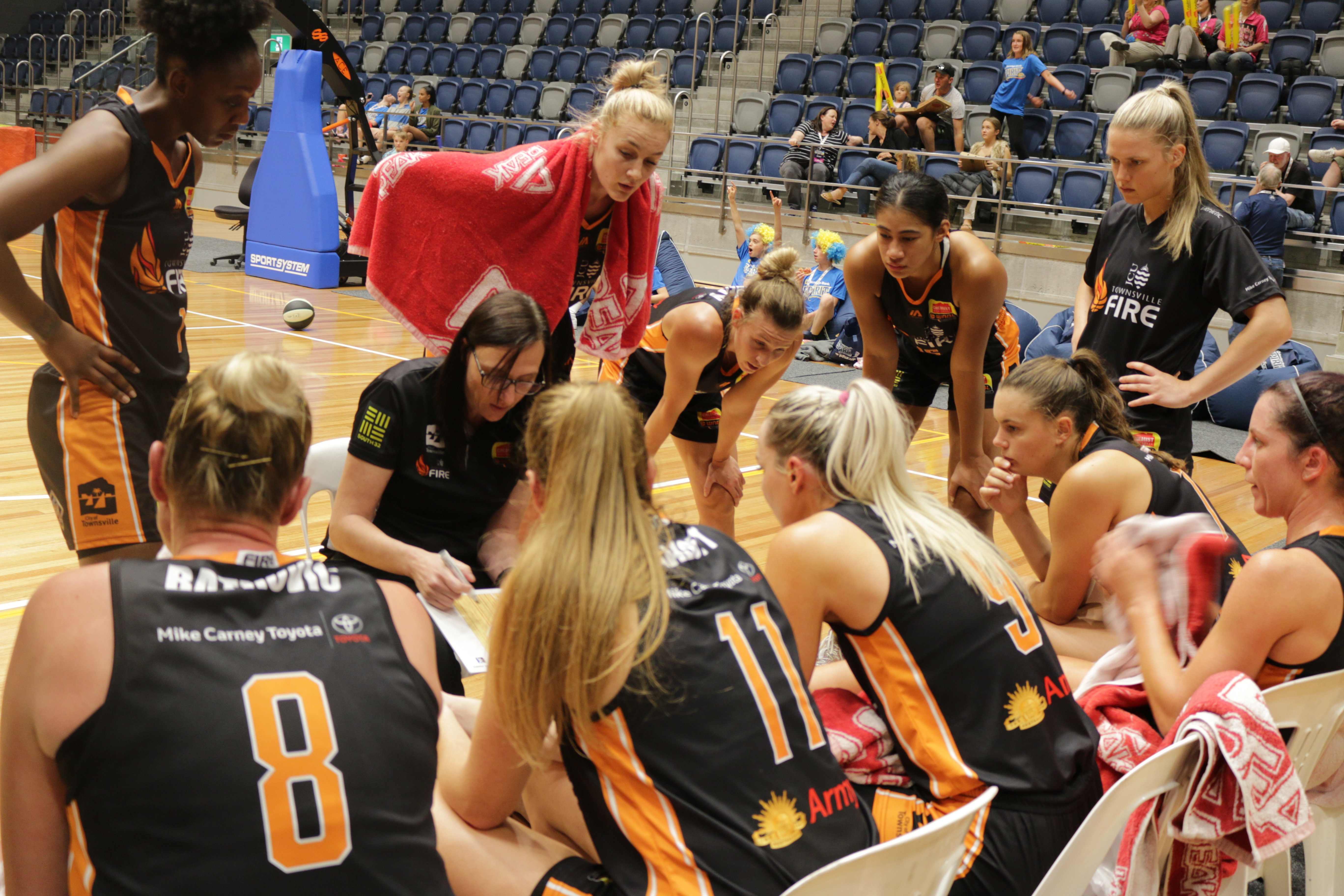 The Townsville Fire outlasted a gutsy Bendigo Spirit in a physical clash that included blows to the body, elbows to the face and lost contact lenses.

Wearing pink to celebrate the work done by The Otis Foundation for families dealing with breast cancer, the Spirit’s home crowd fell eerily quiet at the final buzzer as the Fire prevailed 89-82 in overtime. With the score locked at 76 a piece at the end of regular time, the Fire were able to shut down the Spirit and its inspirational leader Nat Hurst in extra time.

Townsville jumped out of the blocks with Suzy Batkovic putting on a clinic, scoring 11 points in the first quarter, and shouldering the scoring load early.

“Suzy’s a great player,” Tobin said. “She’s really physical, so I think that tired me down a lot towards the end.”

“We played decent all the way till overtime, so we just got to stick together now, we’ll sharpen up our defense a little bit and work on our offense,” she said.

Spirit coach Simon Pritchard even turned to experienced import Barb Turner at one stage to curb Batkovic’s influence. Fire point guards Micaela Cocks and Mikhaela Donnell were holding Hurst to account and Nadeen Payne was doing everything she could.

The game turned comic at one point as play was halted while players and coaches all searched for Ally Mallot’s lost contact lens, giving the crowd of 437 a good laugh.

When play resumed, Spirit point guard and offensive general Nat Hurst wasn’t allowed to get into any form of rhythm, but that was the plan all along according to Micaela Cocks.

“She’s a great great player. She’s been playing really well this season and we knew she was key to her team,” she said.

“I think we did a good job on Hurst, denying her the ball and not letting her get too into the game.”

The Fire’s victory means finals are now in their grasp again after losing close games earlier in the season.

“It was just really good mentally to get that win from a close game in over time,” said Cocks. “Coming off a two point loss to Melbourne, after we were down by almost 20, we fought back so well and to not get the win was mentally draining. So this a huge thing, it was a very important game.”

Her opposite number didn’t mince words regarding the controversial finish that saw Batkovic go to the line.

“I don’t think it actually should have gone into overtime,” said Hurst. “I think maybe a bit of a dodgy call at the end there.”

Hurst said it was “super frustrating” dealing with the defensive tactics used by the Fire point guards.

“You know they just face guarded me and they did a good job of keeping the ball out of my hands,” she said, “and only letting me get it at times where I probably didn’t want it.”

“They had a game plan and they stuck to it.”

With the game in the balance, Batkovic, Cocks, Tess Madgen and Ally Mallot stood tall for the Fire and were able to deny Hurst, Tobin and Nadeen Payne any avenue back during the frantic final minutes.

The Spirit will now look forward to a return game against the Fire in Townsville next Thursday evening where they can look to even the ledger.