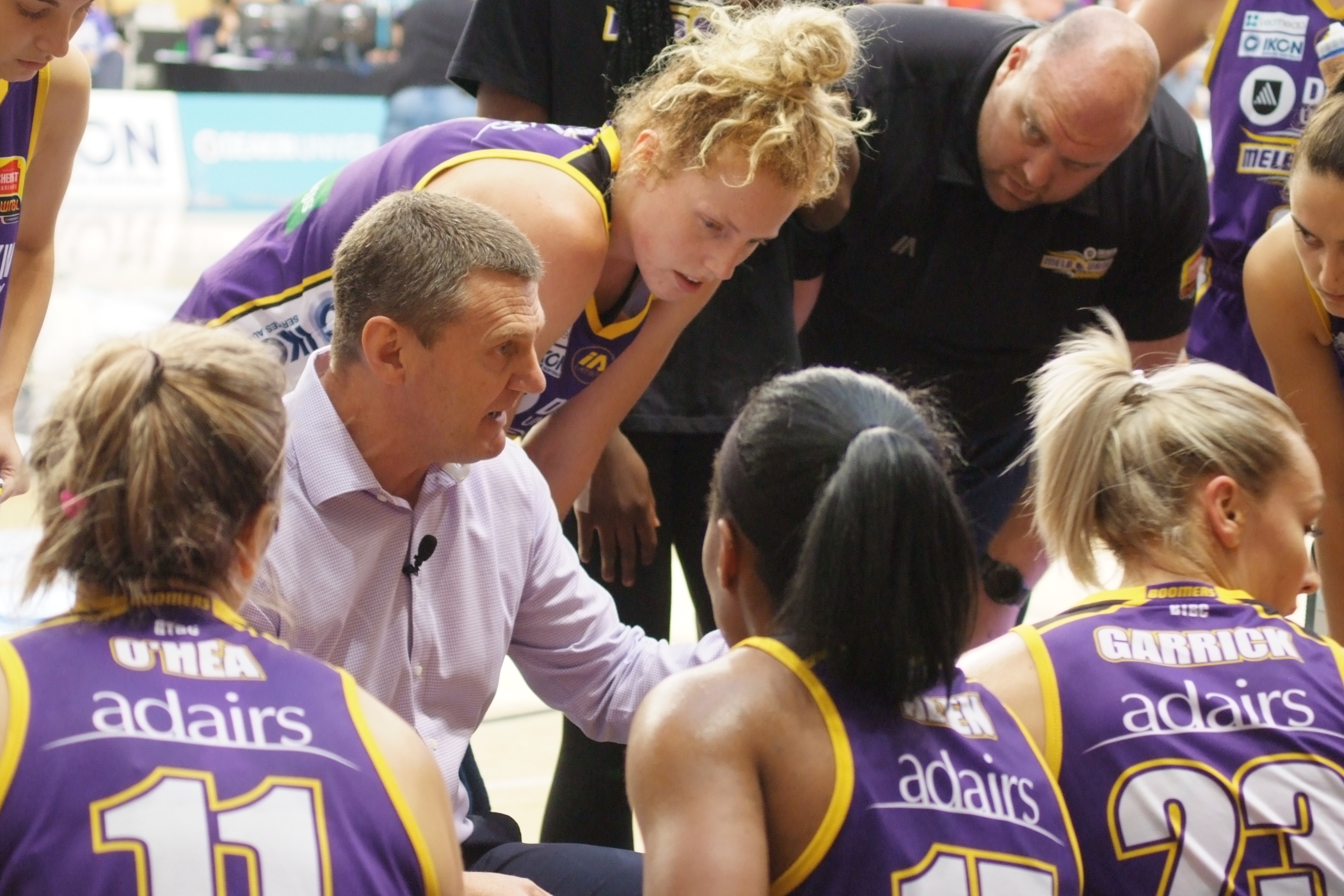 Let’s take a look at the games this round, team by team:

The Lightning begin their Victorian road trip against the Dandenong Rangers in Taralgon on Saturday afternoon before backing up on Sunday at 3pm against the Melbourne Boomers.

Coach Chris Lucas will be hoping fatigue won’t be a contributing factor during the back-to-back games and will manage his bench to accordingly. His team has given up just 506 for points for the season, the lowest total for any WNBL side, and he’ll be looking to continue the trend.

If Nia Coffey (averaging 16 points per game) and Steph Blicavs (11 points and 3 assists per game) can catch fire, expect the Lightning to push for a win, maybe even two.

Bendigo Spirit
Swapping out their blue and yellow this week, the Spirit will be raising money for the Otis Foundation and Research by wearing special pink jersey’s.

💥We have turned pink for #PINKROUND and we want you to join us! Wear pink to the game on Saturday and be sure to upload a photo and tag us in the caption! We will repost our favourites! . #RiseUp 🏀 . #OTIS @theotisfoundation #basketball #womensbasketball #sport #womenssport #bendigo #spirit

Hosting the Townsville Fire on Saturday afternoon they will look to continue the form that’s got them to 6-3 and rise further up the WBNL ladder.

Nat Hurst’s leadership and organisation have been supreme this year, as has the continued improvement of forward Nadeen Payne. With Barb Turner bringing the wow factor and nail biting finishes, the Spirit have had a bit of everything this season.

In a fantastic initiative, the Rangers are taking their ‘home game’ down to Taralgon for the third year running, where they’ll be conducting basketball clinics with girls from the region.

“Basketball is so strong in the Latrobe region,” said Dandenong Rangers representative Trish Fallon. “To take our elite program down there and play in front of a strong basketball community we think is great for the sport, the profile of the Jayco Rangers and especially the community.”

“We’re excited that locals get the chance to watch Olympians Tessa Lavey, WNBA champions Betnijah Laney and Kayla Pedersen and some of the best young talent coming through the ranks.”

The Boomers have a double header this round, taking on the Canberra Capitals on Friday evening in Canberra, before returning home for Sunday’s clash with the Adelaide Lightning.

Despite having to play twice in two days, forward Kalani Purcell says fatigue won’t be a factor.

“The coaching staff has managed our training load well,” she said. “The travel and amount of games in a short time does make it tiring, but everyone’s feeling good for the games ahead.”

Her side will be boosted by the return of 100-gamer Steph Talbot and centre Ezi Magbegor, both recovering from injuries.

“To have Ezi and Talbs back in the mix, brings so much more skill and depth into the squad,” she said. ” You can only feel excitement.”

“For me being the ‘hustle player’ I guess you can call it, to be able to make an impact on the floor, excites and motivates me.”

Suffering only their second loss this season at the hands of the Boomers last week, expect the Lynx to come out firing as they tackle the Sydney Uni Flames on Saturday.

Alison Schwagmeyer is expected to return from a minor groin injury, while Lauren Mansfield will play her 100th WNBL game after stints with the Lightning and the Capitals.

Just falling short again, the Flames were unable to get the win at home against the Spirit. With captain Belinda Snell and Alex Bunton both omitted due to injury, it was left to Ally Wilson, Britt Smart and the returning Tahlia Tupaea to carry the load.

Tupaea will be better for last week’s run, where she scored 13 points and had 6 assists, while youngster Lara McSpadden should expect more game time if Bunton misses time again.

Special mention to Sarah Graham, who played her 200th WNBL game last week against the Spirit.

Despite losing its last game to the Boomers, Fire point guard Mikhaela Donnelly says her side remains confident ahead of their clash with Bendigo.

Fire captain Suzy Batkovic continues to dominate and earned another WNBL team of the week selection after last round.

“Suzy is one of the best the game has ever seen,” said Donnelly. “She is an absolute professional in all aspects of her life, a great inspiration and a major part of our team.”

“It is amazing to be able to play alongside her, especially in her last season.”

“We are expecting them (Spirit) to limit possessions and play hard on both ends of the floor. They’re playing very well as a team so we just need to concentrate on our own style and game plan.”

Hosting the Boomers on Friday night to kick off round seven, the Caps will be hoping Griffin can get the best of her battle against Boomers star Cayla George.

The Capitals have the second best defense in the league, giving up just 517 points so far, and are first for offensive rebounds, averaging 16 per game. If they can dominate in these key areas, it’ll go a long way to securing a home victory over the Boomers.