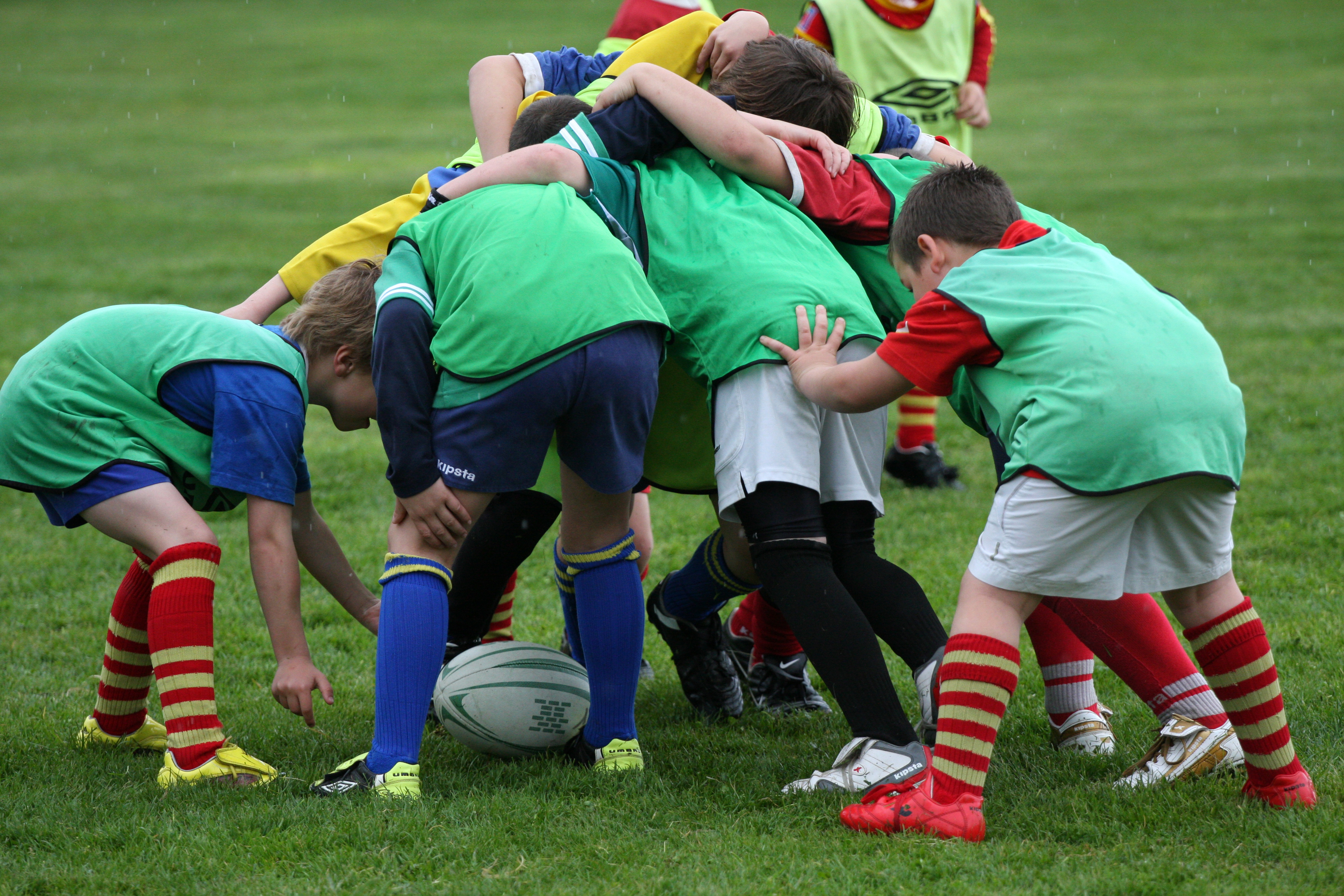 Child Rugby Players in a scrum. Kids this age are at a high risk of suffering a concussion.

Sports Medicine Australia has introduced new guidelines on how to handle concussions in kids’ sport.

Backed by the NSW Government’s Office of Sport, the guidelines discuss the need for caution when dealing with concussions. They emphasise the need to fully recover, to prevent what’s known as second-impact-syndrome, and confirm that rest is the best way to relieve stress on the brain and reduce the risk of more physical damage.

According to a study by the University of Queensland Brain Institute, children are at a higher risk of concussion than adults because of their weaker necks and torsos. Children between the ages of four and 15 account for the majority of injuries.

While most adults will recover from a concussion within two weeks, the document from Sports Medicine Australia says that children and teenagers can often take longer.

A US Study of 200 cases found that while many of the more common symptoms of concussion, including headache and dizziness, were quick to clear – emotional and cognitive symptoms would develop and present themselves much later in the recovery process.

Hatch reporter John Hall spoke with the President of NSW Junior Rugby Union, to see how the code is tackling concussion in the 2018 season. – John Hall