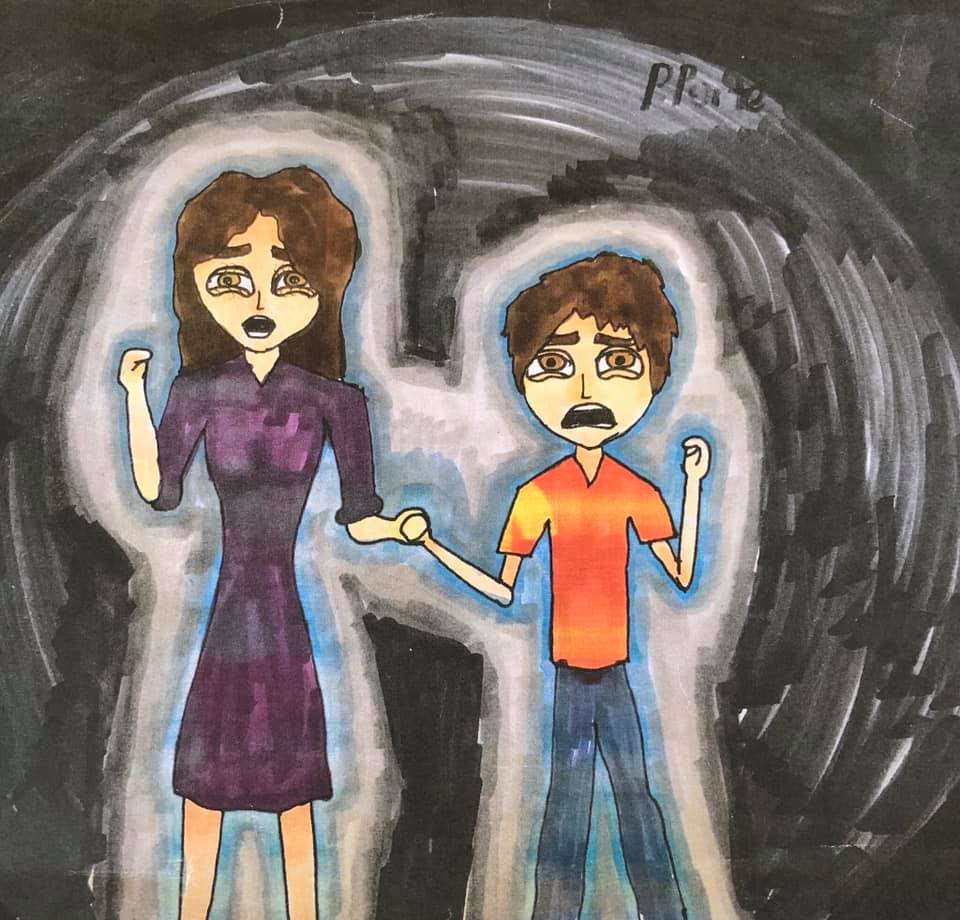 Illustration of a child and his mother battling the disabled "support system" (Supplied: Royal Commission)

The mother of two autistic boys has told the disability Royal Commission that her children are disabled only “because of the society that is built around them”.

Giving evidence on the final day of a fortnight of public hearings in Sydney about the treatment of disabled children, Jo Abi said that “no one listened or believed me” when she raised concerns about one of her sons, Giovanni.

She said that doctors told her “don’t be silly” when she informed them that she believed he had autism.

They also failed to take her seriously after her other son, Phillip, who suffered from depression as a small child, claimed he had tried to take his own life, Abi said.

The Sydney public hearings were the latest held by the Royal Commission into Violence, Abuse, Neglect and Exploitation of People with Disability since it was established last year, in response to community concerns about the treatment of disabled people in Australia.

Abi told the hearing she suspected Giovanni had autism from when he was 16 months old. When he started kindergarten in 2014, he “just didn’t cope”, she said. After numerous doctors dismissed her concerns, she had him tested for autism, at a cost of $2000.

The process, she said, was “just so painful”.

Abi noticed a change in Phillip while he was at primary school. “A little black cloud started to hover over him when he was in year five.”

Phillip was diagnosed with depression after he told a psychologist he had tried to take his own life.

The psychologist advised Ms Abi to watch him closely, but said “it wasn’t a real attempt, it was just a cry for help”. If he did it again, she was told, she should “take him to the hospital to call his bluff”.

When that did happen, she followed the advice and, after a 12-hour wait to be seen, Phillip was admitted to the adolescent psychiatric ward. Abi was given no information and told to go home.

After Phillip was admitted, he was diagnosed with depression and autism.

As for Giovanni, the school he attended “didn’t have any procedures in place” to assist him, and medical help was hard to access.

“When you have a child with special needs, life is so hard, every day is hard,” Abi said.

“So when you go to find help and it’s hard to access. or it’s an hour’s drive, or there is a three-month waiting period, it just feels impossible. She added:

“The only reason my kids are disabled is because of the society that is built around them.”

Abi told the Royal Commission she believes that children should undergo cognitive testing before they begin school, and then have a tailored education based on the results.

Abi concluded by reading aloud the final paragraphs of her written statement to the Commission:

“I have to be a doctor, a psychologist, a psychiatrist and a nurse to both my boys. There are not enough good practitioners that are affordable and available to help my sons.

“I feel like their human rights are being violated every day. They exist, we live in a society where everyone who exists should get what they need, but they don’t. I’m reminded all the time that there are kids with more severe autism and mental illness, but you can’t compare hardship.

“Sometimes all I can see is that my boys have no hope of having a good life, and no matter what I do, I cannot make that happen because no one is helping me.

“I’m an educated, media-savvy woman of resources and my kids are still not okay. When I do get help. it’s patchy, so I don’t have any trust. I don’t trust the healthcare sector, and … I’m tired of trying to figure it out.

“I can’t fix the world, I’m just too busy trying to raise my boys.”

The Royal Commission is travelling the country, hearing evidence from people living with disabilities, their family members and physicians.

It will hold community engagement activities in Tasmania on March 17-19, in Launceston and Burnie..