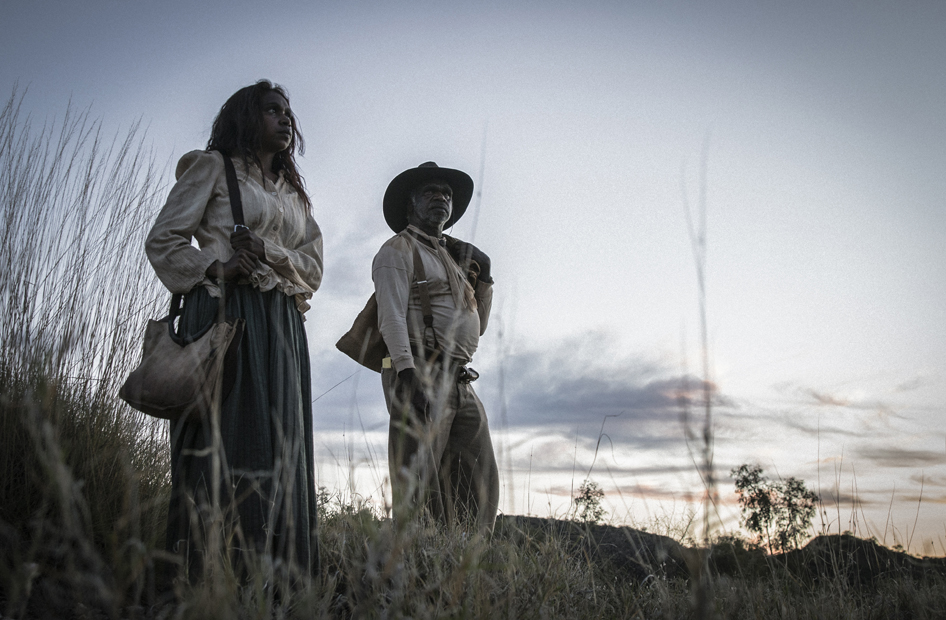 A pot of boiling water, some tea presumably, sits in a ditch of hot red sand.

The water erupts in bubbles. The water becomes violently effervescent as someone tells his ‘master’ to hit him.

A hand reaches down, and pours a black element into the water.

The water morphs and thickens into an angry mess.

And the punching intensifies.

By the end of this picture, the man in this off-screen fight will be subjected to an even greater fight: a fight for justice.

While people are raving about leading Oscar contenders – the sumptuous Call Me Be Your Name, the frankly funny Three Billboards Outside Ebbing, Missouri – Australia has nurtured a vicious independent film that deserves as much praise as those Hollywood works.

If you’re the type of person that thinks the Australian film industry is as boring as sausages with tomato sauce and white bread,  maybe you should re-evaluate your contention by checking out Warwick Thornton’s little indi western Sweet Country.

At once a brutal portrait of colonisation, sexual abuse and masculinity,  this is a masterpiece.

The year is 1929. Hamilton Morris leads the cast with an emphatic performance in the role of Aboriginal stockman Sam Kelly who in self-defence, has shot a white man. Ewen Leslie serves this character with a sadistic performance.

To avoid execution, Sam and his wife Lizzie, (infused with a silent hopelessness by Natassia Gorey-Furber) vacate the scene of the crime and head into the burning desert. They are armed with nothing but a rifle and a confidence that they can outsmart the authorities that will soon follow their trail.

A nameless, taciturn missionary (Sam Neill) accompanies a dogmatic police sergeant (Bryan Brown in perhaps his smartest performance) – to see that Kelly is put on trial.

Thornton sets up a juxtaposition between these two characters seamlessly; their opposing beliefs about racial equality are key factors that determine Sam’s fate. Without knowledge of the land, they employ a tracker (Gibson John) to pursue Sam and his wife.

Thornton’s work comes nine years after his debut Samson and Delilah – the difference between the two films being that this time one of his close friends wrote the script about the experience of his Aboriginal grandfather’s apparent brush with the law.

The film is devoid of any music, overtone or undertone, which forces the viewer to see the picture without a conventional hero or a black-and-white villain.

It is unadulterated realism. Even Sam, whose self-defence is warranted, is criticised in subtle ways under Thornton’s directorial eye for his reaction to revelations of his wife’s rape.

Thornton sustains strong focus on a motif: the environment’s cruel indifference to the inscrutable pain of the characters, especially that of Lizzie. Whenever there is a storytelling moment in the film, it is when the characters seem to be emotionally void – and their trauma moves as earthquakes beneath their eyes.

It is the acting that elevates this film to the highest level.

It could be a silent movie and the audience would still be able to understand what is happening, and the characters’ motivations and conflicts.