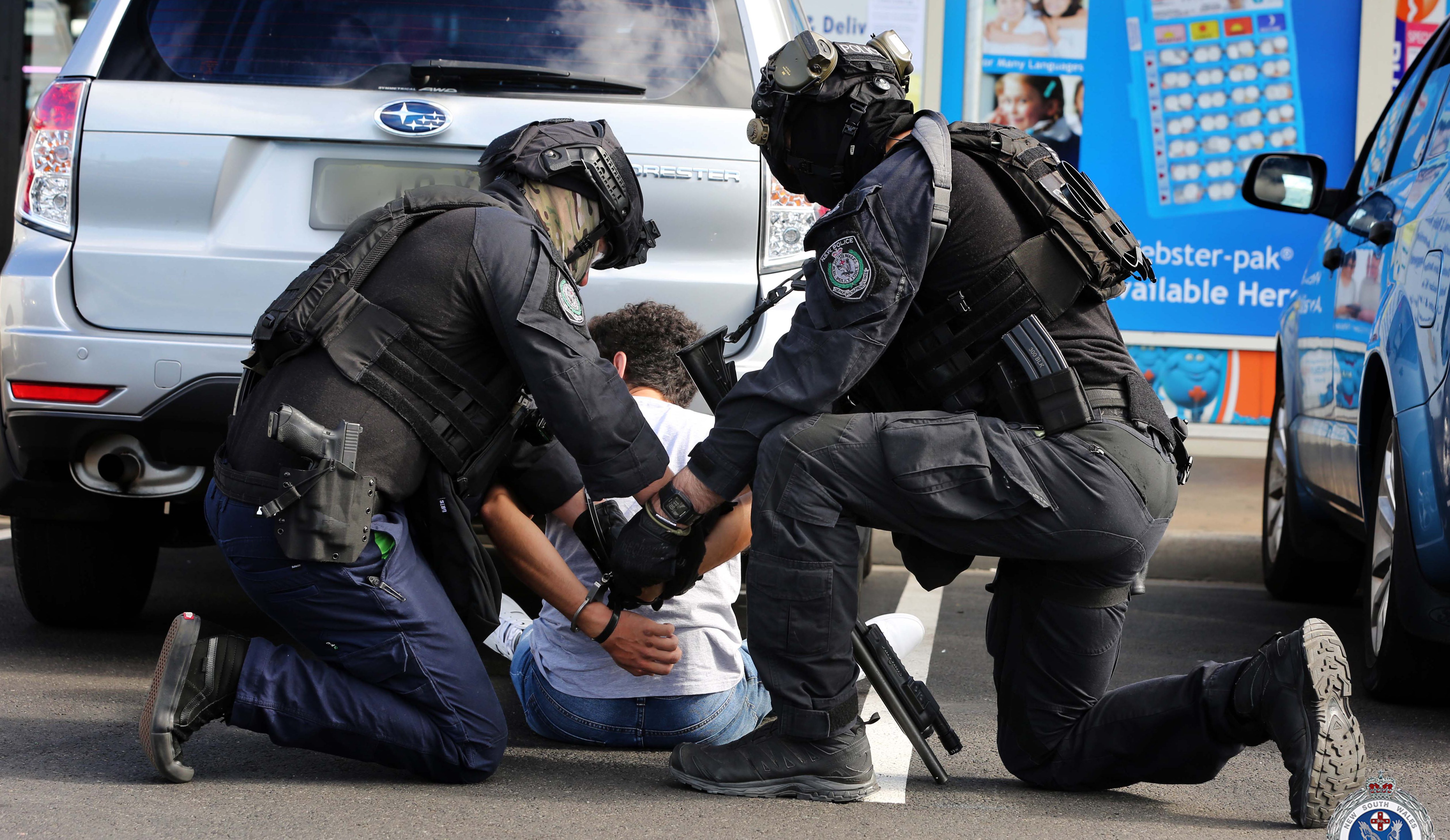 Three people allegedly supplying guns and drugs have been dramatically arrested in the street in Sydney by terror police.

Shoppers looked on in shock as one of the suspects was bundled to the ground in broad daylight by officers from Strike Force Ceric.

A 29-year-old woman and men aged 49 and 30 have been charged with a variety of offences, including illegally supplying drugs and supplying a pistol.

Assistant Commissioner Mark Walton, the counter terrorism and special tactics commander, said: “We have many ongoing investigations into people of national security concern and if they branch into high-level organised crime then we will fully investigate.

“The arrests today are an example of this type of law enforcement. The Terrorism Investigation Squad won’t wait for something to happen, we will proactively target people who we suspect pose a risk to the community.”

AC Walton added there was no direct terror threat linked to the arrests and charges, or any danger to the public.

“As expected from any police officer, if a counter terrorism investigator detects crime, they will act, which is what we’ve seen in Strike Force Ceric,” he said.

A number of properties were then searched in Liverpool, Villawood, Merrylands and Wetherill Park, with officers seizing 2.5kg of cocaine, 1kg of MDMA, a Ruger pistol and more than $260,000 cash.

The three were refused bail and are due to appear at Parramatta Bail Court later today.

Investigations are continuing and anyone with information in relation to suspected terrorism should call the National Security Hotline on 1800 123400 or contact Crime Stoppers at www.nsw.crimestoppers.com.au.