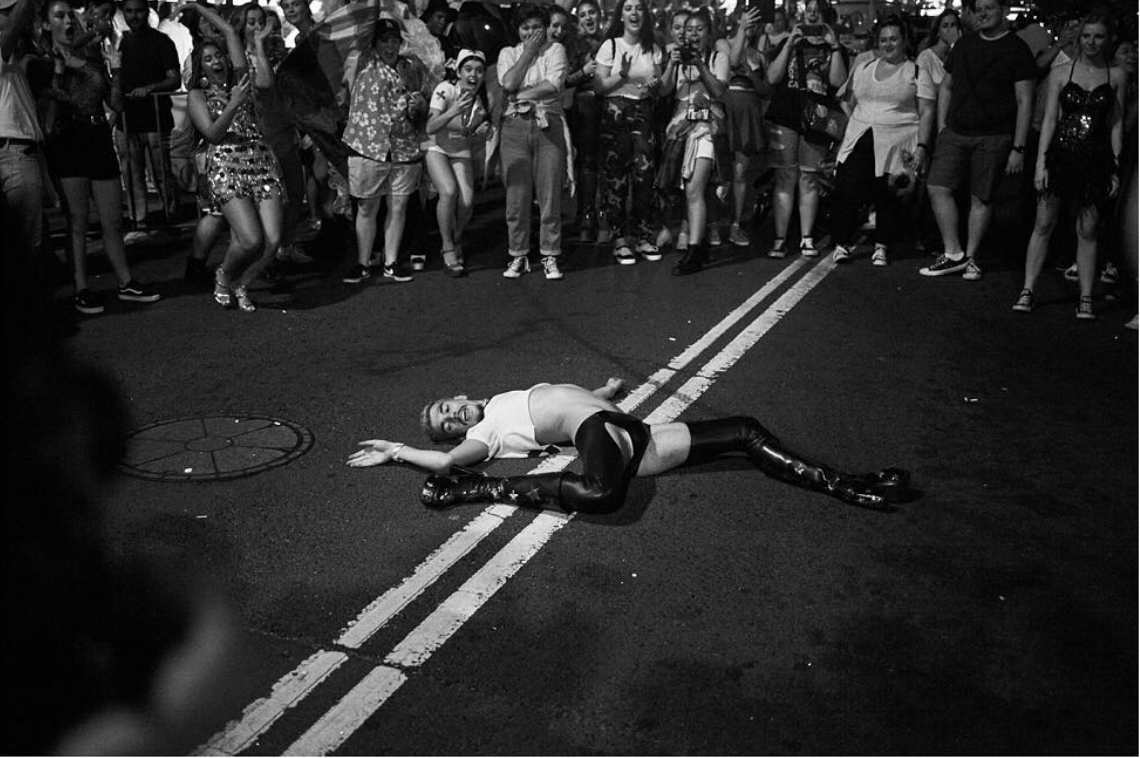 The Decisive Moment: The Art of Street Photography

Street photography is a style that has influenced me greatly.

It is the idea of leaving everything up to chance. It can be unmediated encounters with strangers, or a candid shot of shadows or figures. For me, it is unplanned beauty, in a sense – you just have to be in the right place at the right time. As one of the founding fathers of street photography, Henri Cartier-Bresson, who has been a huge influence on my own work, put it: “It’s all luck.”

Street photography gives you the opportunity to really push yourself creatively, as you are constantly hunting for pictures. How I’m feeling before or during a shoot can affect the outcome. However, often I go out with a purposeful approach: I have an image in my head, I look for it, and if I’m lucky, I find it. Other times I’m fortunate enough to stumble across someone or something more wonderful than I could ever envisage.

These are some of my latest street images:

Street photography really dates from the early 20th century and Cartier-Bresson. What made his work so revolutionary was not only his technical knowledge of the art form, with strong compositions accompanied by his extensive understanding of light, but his theory of the “decisive moment”. This refers to a moment captured that is both ephemeral and spontaneous, where the image represents the essence of the event itself.

The theory helped to push a new way of thinking among a new breed of photographers, such as Robert Capa and W. Eugene Smith.

James Adams: “I’d never actually worked with them (The Creases) before that. I knew a couple of their songs on the radio, but I was definitely a fan. We organised to meet up one afternoon. What we wanted out of it was press shots … but we just took a bunch of film and we just walked around the streets, and I just looked for cool pockets of light.

“I remember there was a cowboy in this cafe with glass windows, and they were just standing at the lights waiting for them to change. With life going on, you just have to keep your eyes open. You see moments that make good photos.

“[While developing as a photographer] I took the most inspiration from a book my sister sent me from London. It was about the NYC punk scene, and the moments it captured of the characters in that scene had a profound impact on the evolution of my style and how I shoot today.

“Nowadays I’ve got peers that I love, that inspire me and whose photos push what I’m shooting: namely, Maclay Heriot, Sam Brumby, Jono White, Ian Laidlaw and Charlie Hardy.

“I guess being ready for what you don’t know is coming helps [with the perfect unplanned shot]. Generally, if I’ve got my camera on me, I’ll have an idea of what the hard and soft light settings are, and have my camera set to whichever one I think will be most useful at the time.

“Also, keeping your eyes open and looking around helps anticipate what cool moments might be about to happen.
Being comfortable with the surroundings and the people you’re around makes everyone else comfortable, and that translates in the photos. I believe it does, anyway.”

Renae Saxby: “Being in another country and having to connect with someone to communicate without speaking the same language is something I love. It breaks the barriers and can create really intimate images.

“So many musicians inspire me through their work and their art, and their passion and personality shine through in what is captured. Music has played a massive role in my life, and I genuinely love supporting musicians through photography.

“I guess the more gigs you shoot, the more of an idea you have of what to watch for, how to know when something is going to happen that you need to catch. If I’m working with a band directly, I will ask if there is anything during the set that will be particularly special photographically.

“The way I travel is to go with the flow because that’s when I believe the magic happens.

“If you’re shooting for a magazine, you need to work out your destinations, places to be at certain light, etc. But when I am shooting for me, for my travel images, it’s more left up to chance.

“Off the beaten track is when I feel most alive and where I find the gold. – Words and gallery by @jaymes_mott, editing by Kathy Marks