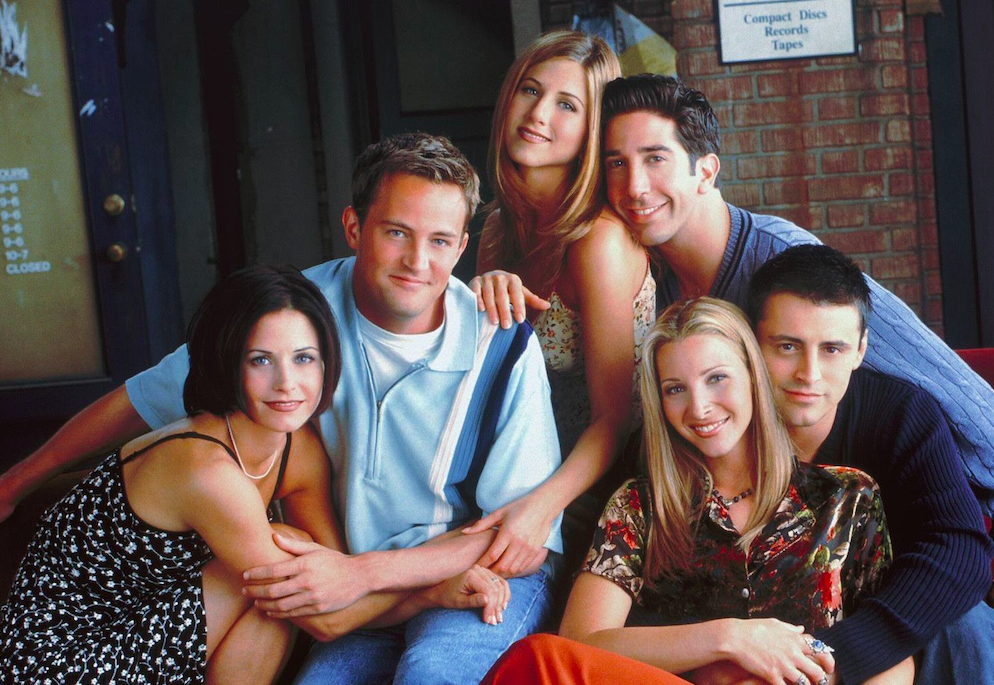 The cast on the set of Friends. (Photo: supplied/NBC)

The one where Friends turns 25

The show that promised, with its classic theme song, that it’ll always ‘be there for you’ is celebrating its 25th anniversary.

And Friends is still having an influence on us 25 years later, after the show’s last episode aired in 2004.  Still inspiring, fans reminisce over the 90’s fashion, funny one-liners, classic hairstyles, loveable characters and, of course, still singing and clapping along to that theme song each time we hear it.

Dr Benjamin Nickl, a cultural studies researcher from the University of Sydney, says the TV show continues to have an influence 25 years after it finished.

“It’s clear that the show is built on the sellable utopia of a nothing-can-go-wrong-in-your-20s premise that has elected friends replace blood relatives,” he says.

“The endless repeats and concurrent streams of episodes have made it an industry darling.”

Now celebratory events have begun around the globe, including here in Australia.

The iconic orange couch from Central Perk, that all the characters have sat on in each episode to drink their coffee has just travelled around the country for fans to sit, drink a coffee and take a selfie on.

The established fashion label, Ralph Lauren, has even created its own clothing line in collaboration with Warner Brothers to celebrate the anniversary.

The style and fashion worn throughout all 10 seasons is still current and being worn today, many of the outfit inspo coming from the shows trendsetting character Rachel.

Another celebratory event happening around the country is the screening of the 12 best Friends episodes in Event Cinemas.

To top off all the global Friends celebrations happening, the six cast members reunited to take a selfie, and announce the news that Jennifer Aniston had finally joined Instagram. Aniston broke the record on her debut, for the quickest Instagram account to reach more than 1 million followers in just five hours.

“Its evergreen fantasy of yearning for love and romance and friendship is the secret to why generations of teenagers have and will find it appealing and want to make it ‘their’ show,” adds Dr Nickl.

Friends fanatic, Fernanda, has her own fan page for the show to share memorable cast moments from on and off set, and also to share the best scenes with her followers.

“I started watching Friends when I was going through a tough time so it became much more than just a tv show for me,” she said.

“The show just makes me so happy! People relate to the characters because they’re just normal people with normal problems and normal lives.

“This show has changed my life.”