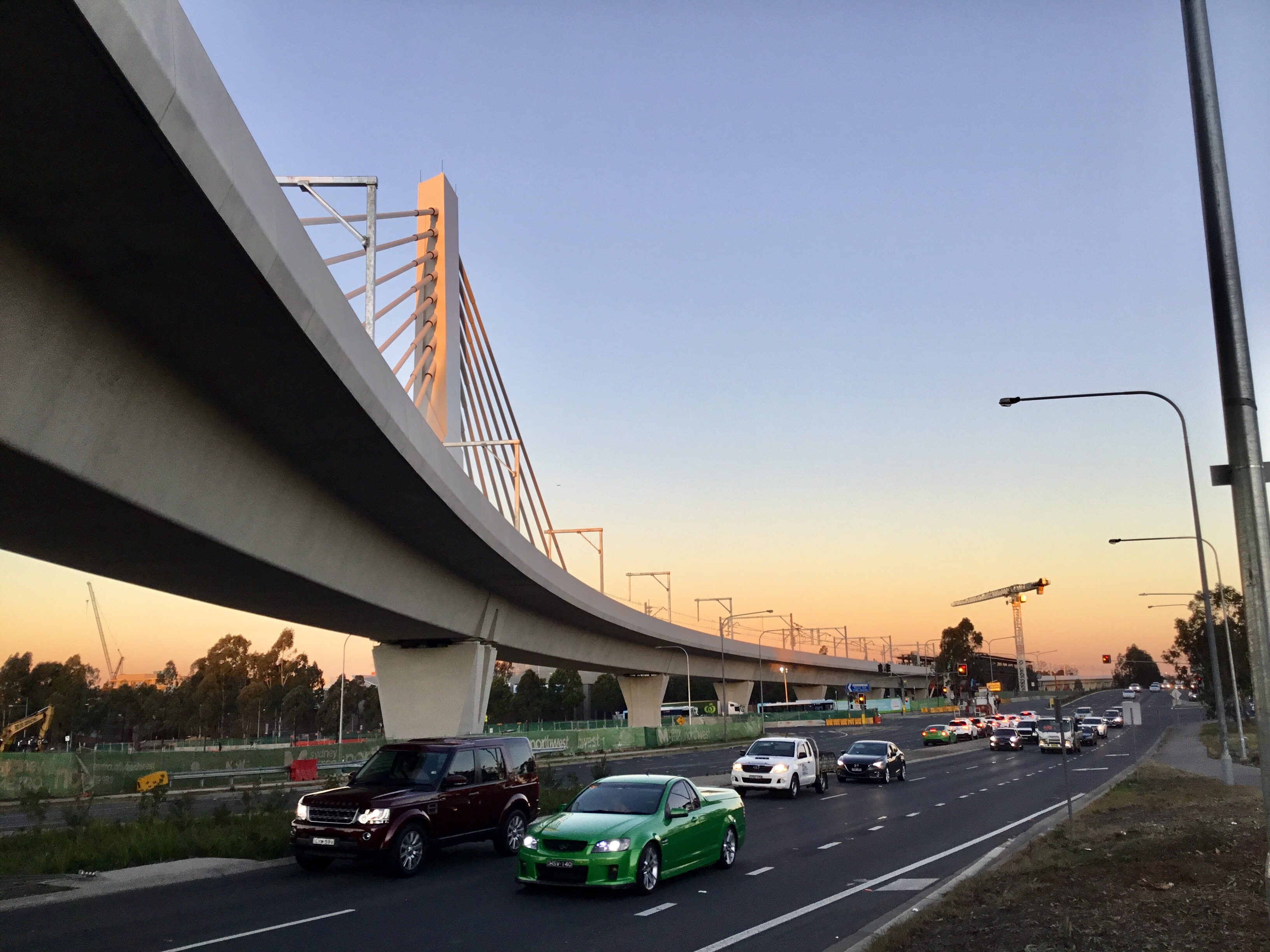 The Skytrain joins buses and automobiles in north west Sydney

The dual carriageway rises into the viaduct from its underground origin at Tallawong Station.

The Skytrain then crosses a new bridge over Windsor Road, before continuing on to elevated platforms at Rouse Hill and Kellyville stations.

It will be open for business during the first half of 2019, after recently being tested between Tallawong and  Rouse Hill stations.

The Skytrain fleet, costing $8.3 billion, will be housed at a new futuristic base, at Tallawong station. During peak times, trains will run every four minutes.

Infrastructure is being provided for predicted population growth in Sydney’s North West, where the current population of 400,000 is predicted to swell by a third to 600,000 in coming decades.

The Skytrain will ease the burden on congested roads, where car ownership levels are the highest per household in NSW.

The wider Sydney Metro Northwest stage one rail line is also currently under construction, with 16 projects along its route being prepared for completion during the first half of 2019.

Safety is paramount in the tunnel, as it will have more than 230 cameras and cross passages linking the twin tunnels every 240 metres.

Stage one of the Sydney Metro project; Rouse Hill (Tallawong station) to Chatswood is set to open during the first half of 2019