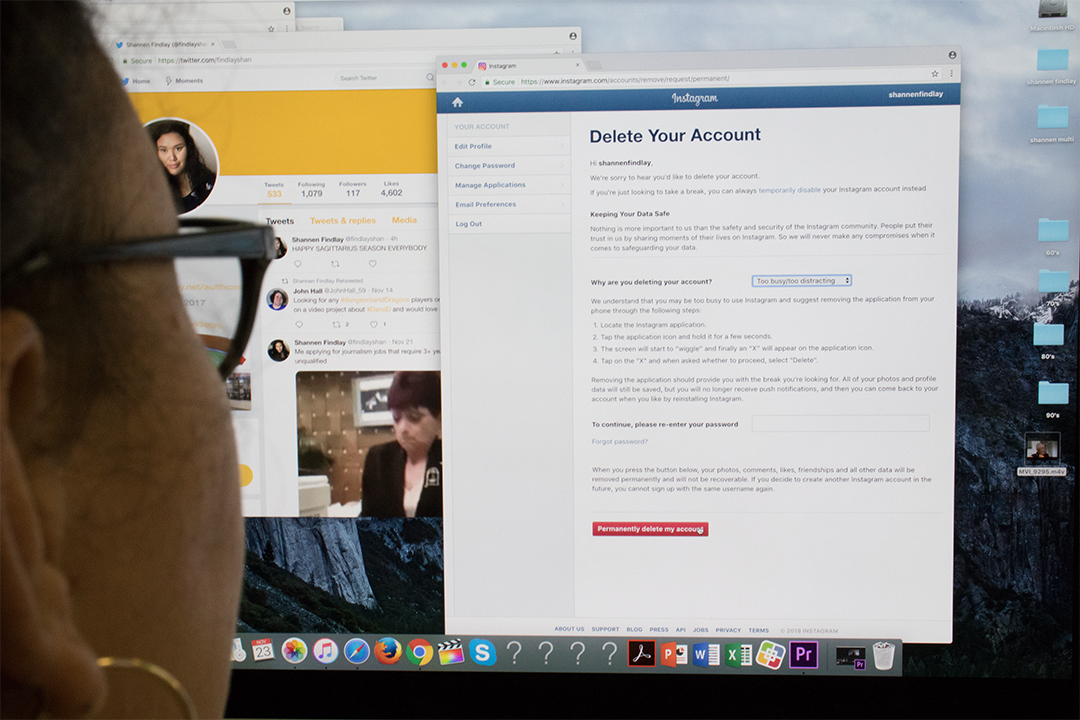 After 19,500 tweets, Ed Husic had had enough. In September 2017, the Labor member for Chifley, in western Sydney, deleted his Twitter account – a bold move for a federal politician in this social media-obsessed age.

“Increasingly, I had found that the intersection of politics and the platform was becoming problematic on that platform and not advancing a genuine discussion,” he says.

“It would be great if we could talk more about the things we share in common, but it is not the stuff that gets traction there [on Twitter]. And it certainly cannot happen in the confined demands of a 280-character limit.”

Mr Husic, who is Labor’s spokesman on the digital economy, is just one of an increasing number of Australians who are quitting social media.

According to the Sensis Social Media Report 2017, in 2016 34 per cent of Australians surveyed stopped using Twitter, with another 11 per cent quitting in 2017.

Numerous studies have found that social media has an adverse impact on mental health, especially that of teenagers.

“People who do not get enough ‘likes’ on a post on Facebook feel as though their posts are not good enough,” she says.

“[And] people who are famous will continuously get trolled for making simple mistakes.”

Mr Husic says: “It’s only natural to stick with social media platforms that you find personally engaging and rewarding.”

But he found that, when it came to politics, Twitter was increasingly turning into a platform for public figures who wanted to be controversial or divisive. Although the platform has begun to rein in hate speech through controls on content, it still acts as a space for dangerous and divisive rhetoric, he says.

Since quitting Twitter, some people have told Mr Husic they admire his decision and wish they could follow suit – but feel compelled to remain on the platform. “When social media compels rather than freely attracts you to it, you have got to wonder how genuinely social it is,” he notes.

“Leaving Twitter has been a life-altering decision. I had some fun there, it was good for a while, but I’ve moved on.”

Shereen Lord, a 24-year-old mental health nurse who has quit Facebook, found that she was always comparing her life to other people’s when on the social networking site.

“Seeing all these people that I went to school with getting either engaged or starting their own businesses, and really climbing the ladder in life, often made me reflect on where I was heading,” she says.

“As much as I am genuinely happy for all those people, it made me feel like I wasn’t progressing anywhere in life. You’re only seeing the positives of someone else’s life. It makes you feel like your life isn’t as good as theirs.”

Ms Lord also found Facebook extremely time-consuming, taking up too much of her life. “I’d spend most of my time scrolling through my news feed. The whole process of taking all the information in was almost hypnotic.”

Although she is still active on Snapchat and Instagram, she spends less time on them than she used to on Facebook.

Another social media quitter is Erdin, 21, who gave up Instagram a year ago while scrolling through his feed. “I just took a real hard look and thought about why I even had Instagram in the first place,” he says.

He realised that, with every swipe, he was infused with anger after seeing “things I consider immoral in regards to modern society”. It was being “shoved in my face … It was the parts of reality that I didn’t want to be exposed to.”

“Instagram is just people posting the best of themselves, which isn’t a bad thing. But I feel like when people are only exposed to that, they get a bit disillusioned.

“You’re not going to find anyone posting on Instagram, ‘Hey, my life sucks right now, I’m broke and I look terrible.’

“We take a step back and look at our own lives, thinking ‘Wow, my life sucks.”

According to the Sensis report, 35 per cent of Australians use social networking sites more than five times a day, with 24 per cent using them every day.

Ms Hanifi says that increasing numbers of people are being exposed to a false sense of reality on a daily basis, revolutionising – in a negative fashion – the way they think, feel and behave.

“The first thing people often look at when they wake up in the morning is all their social media apps before they even begin their day,” she says.

“All these social media influencers have a big part to play in how people feel about themselves, because they are portraying images of someone who is not them.

“People take over 40 or so shots of photos before it goes on Instagram. The reality is that nobody gets to see what they look like early in the morning or late at night, except what they choose to show you.

“The glamorous lives that they lead, which are not very glamorous at all, are being misconstrued by young men and women.”

In the following podcast, Australians who have quit social media explain why they made the decision and how it has changed their lives.