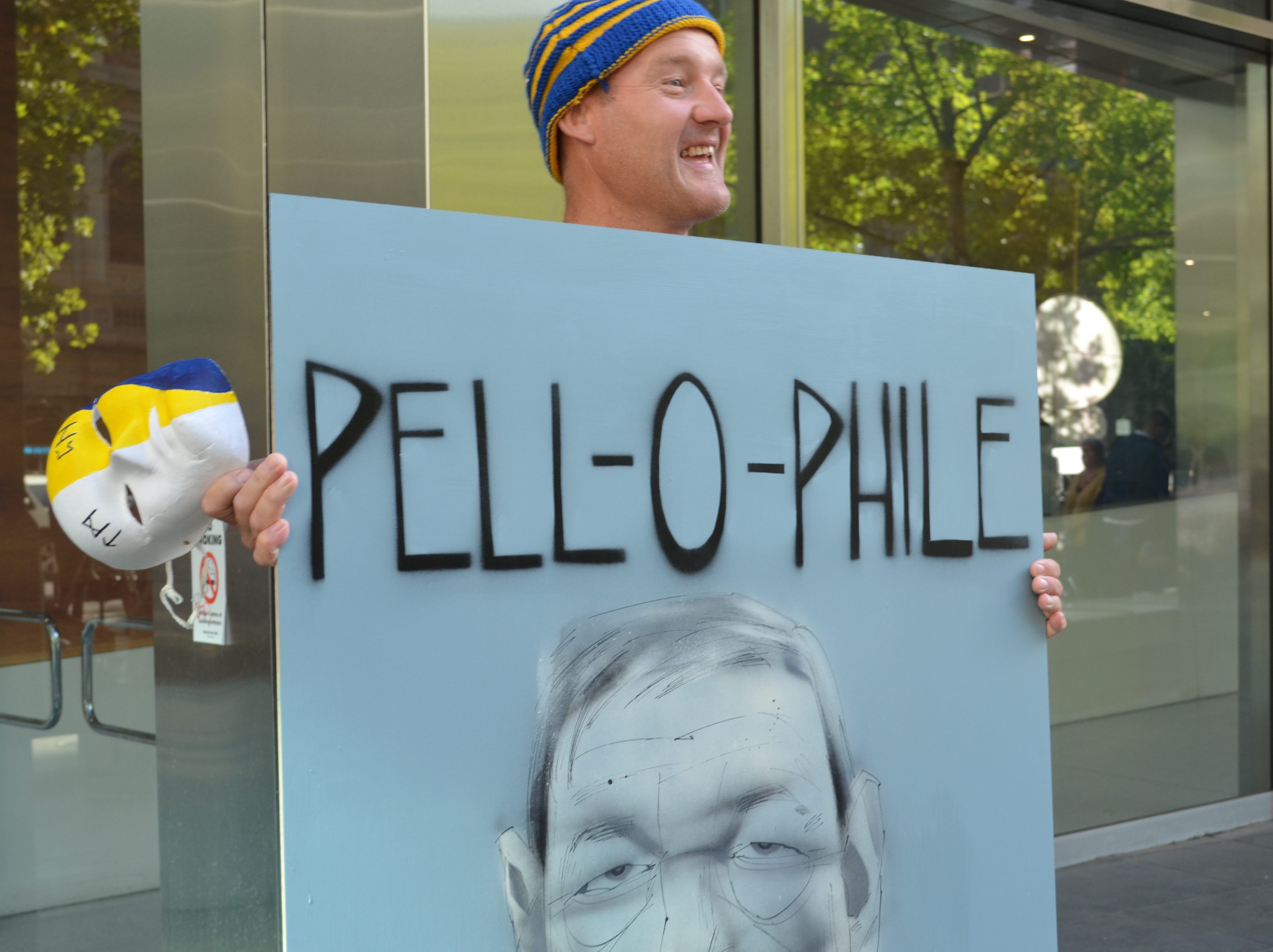 Cardinal George Pell spent his first night behind bars after facing the County Court, where he was remanded in custody following his conviction on charges of child sexual abuse.

Angry protesters ambushed the former Vatican Treasurer upon arrival, with many hurling abuse at the man who was until recently one of the most powerful men in the Catholic Church. Hatch reporters Fatima Halloum and Helena Abdou were there.

Pell, 77, was found guilty of raping and molesting two choirboys in 1996 in Melbourne’s St Patrick’s Cathedral. He was convicted in December but the verdict was revealed only on Thursday after a suppression order was lifted.

On Friday, prosecutors and Pell’s defence team made sentencing submissions to Judge Peter Kidd, with a character reference from former prime minister John Howard among the submissions offered by Pell’s lawyers.

According to reporters in the court room, submissions from the prosecution and defence ranged from lead defence lawyer Robert Richter arguing that Pell’s crimes were not at the most serious end of such offences to the prosecution belief that they warranted a serious penalty.

Richter says: Pell’s offending was “No more than a plain vanilla sexual penetration case where the child is not actively participating..no aggravating circumstances.” Kidd “It must be clear to you by now I’m struggling with that submission. Looking at your points here; so what?”

Kidd: “That wasn’t just a trifling sexual assault:” He’s talking about the second attack, where Pell squeezed the victim’s genitals while passing him in a hallway. Richter is trying to say that attack was only “fleeting,” so it’s not jail-worthy.

Dozens of journalists jostled with protesters to get near Pell as he walked slowly from his car to the court.

Victims of sexual abuse present at the court were supported by family and friends and shared their joy at hearing Pell’s fate.

“George Pell is a scapegoat, not a child abuser, in my opinion.”

In an article for the Herald Sun, Bolt cited “overwhelming evidence” as the reason he maintains Pell’s innocence, describing Pell as a victim of a “media campaign of vilification”.