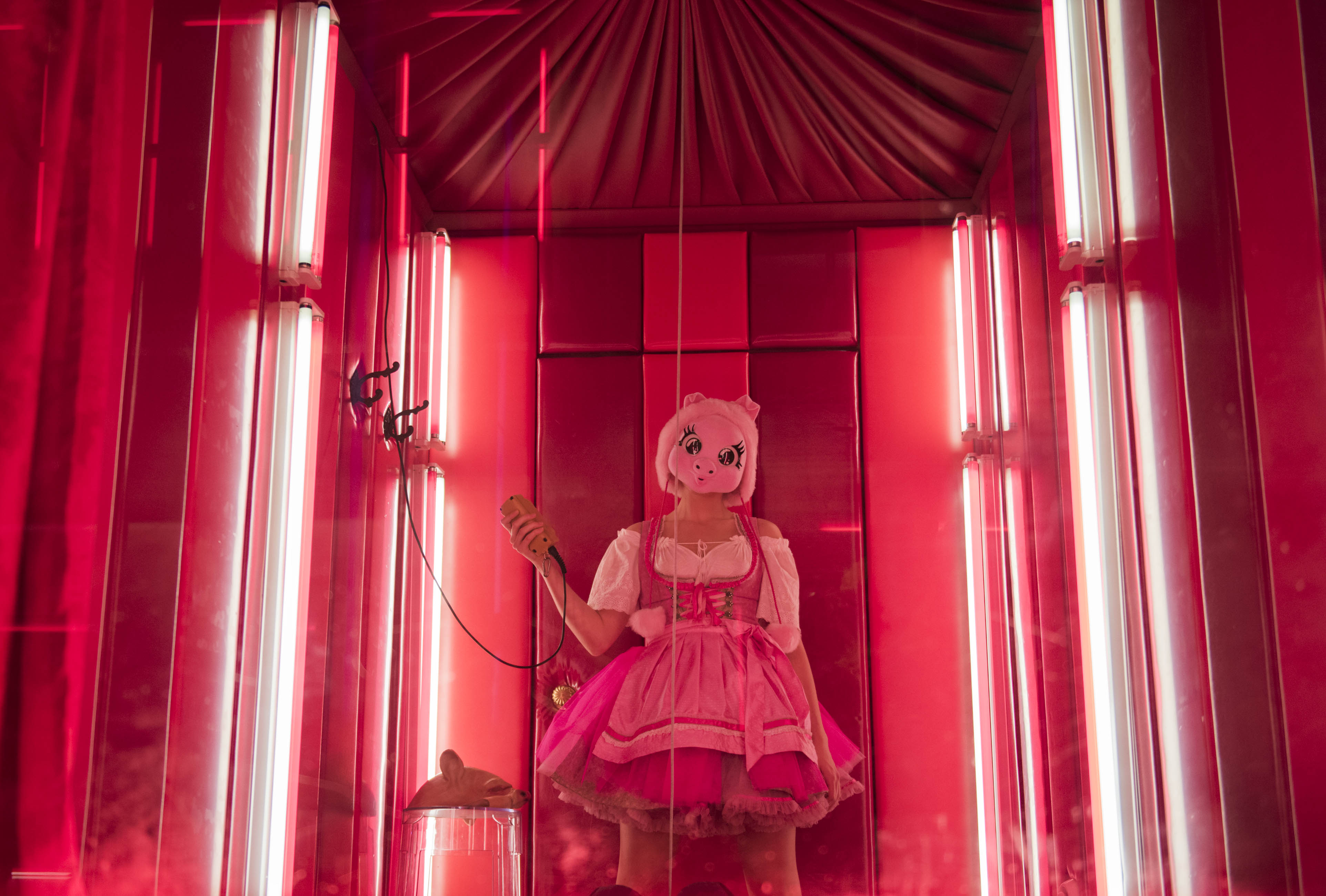 Killing Eve‘s Villanelle, played by Oscar-winning actor Jodie Comer, enthralled audiences of the hit TV show not only with her ruthless exploits but also her fabulous costumes.

From the moment when Villanelle wore a bubblegum-pink tulle Molly Goddard gown paired with clunky Balenciaga boots for a scene where her handlers assessed her murderous talents, viewers awaited with anticipation her next killer look.

The series – two seasons so far, and a third on the horizon – not only established the chic assassin as a fashion legend, but also cemented a recent trend that has seen costumes take centre stage in movies and TV dramas: almost characters in their own right.

As Charlotte Mitchell, costume designer for Killing Eve‘s Season 2, tells Hatch: “Costumes help tell a story along with the hair and makeup and lighting and sets.”

Victorian College of the Arts graduate India Alessandra, who writes multimedia works across film, theatre and social media, considers characters’ costumes to be an essential part of the creative process.

“As a screenwriter, it’s really great if you have an idea of what the character wears and how they move about the world,” she says. “It’s really going to aid the other departments in choosing what appears on screen.”

Films such as last year’s highly stylish thriller A Simple Favour, and Ocean’s 8, in which costume designer Sarah Edwards worked with international designers including Alberta Ferretti, have reinforced the fact that costumes are no longer just an eye-catching addition to the storyline, characters and locations but an integral part of the audience experience.

Cassidy Zachary is a costume supervisor and designer for film and television as well as writing books and making podcasts about fashion history.

She says: “Costumes are incredibly important to the storytelling process as they are one of the most intimate things related to a character.

They are essential in providing visual cues to the audience about any given character.

“These cues can be subtle, like a down-on-their-luck character who wears the same T-shirt every day, a gangster who always wears his ‘lucky’ jacket, or in your face, [like] a fashionista who only wears the most high-end avant-garde of fashion.

“These visual cues can speak an incredible amount about a character without [them] ever having to say a word.”

Costumes have always been an important element of film and TV, as well as plays. But in recent years they have taken on increasing significance.

Charlotte Mitchell says she uses designs and styling to help actors “transform … themselves into the character”. In Killing Eve, she paired Chanel hiking boots with a vintage Alexander McQueen couture gown to alter the way Comer walked in one scene – even though the boots were not visible on screen.

“By putting on the right pair of shoes, they [the actor] stands a certain way, which they use to feel the part.”

When designing or sourcing costumes, Mitchell has her characters’ storylines and personalities at the front of her mind. Alessandra says it’s the same with the writing process: costuming and fashion are key considerations, and can even influence plot.

Villanelle’s outfits – by the likes of Dries Van Noten, Armani and Helmut Lang – are flashy and expensive, sometimes incorporating bright colours and sequins, and matching her flamboyant character.

One particularly striking outfit was a velvet Chloe riding jacket with a frilled purple Isabel Marant shirt and silver lamé pants. Extravagant and decadent, it showed how she had spent her handsome earnings from being a hit woman.

By contrast, Villanelle’s opposite number, the MI5 security operative Eve Polastri, dresses in mostly neutral palettes, with outfits from high-street British stores such as Primark and Marks & Spencer.

It’s about “telling the story through the tone of the costume”, says Mitchell.

“The colour, layering and silhouette all suggest a character’s mood.”

Careful research lies behind the decisions about costumes for film and TV, according to Zachary. Mistakes such as historically incorrect outfits can distract audiences and lead to them disengaging from the story.

Recently, she worked on the set of Silk Road, a film about convicted US drug trafficker Ross Ulbricht, who ran the Silk Road website, selling illegal drugs online.

She says the choices she made were not so much about his outfits, but how he wore them, as the film went on. “As the story progressed and he descended into obsession and seclusion, his costumes became monotone in colour and less varied.

“In this way, Ross’s costume progression was a reflection of the character’s progression.”

Listen to India Alessandra talk about costumes being a significant aspect of the screenwriting process.