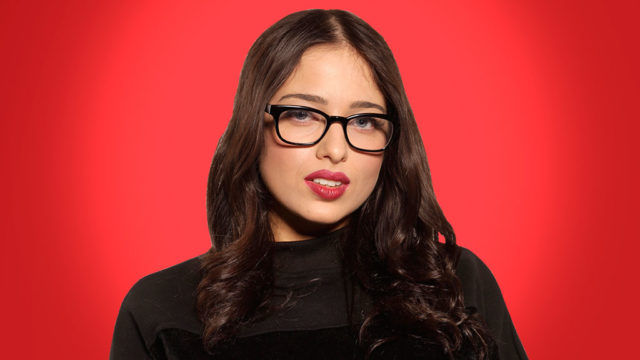 Manipulated, uncomfortable and anxious – what it’s really like to be a contestant on The Voice

It’s marketed as the reality TV show that focuses on the talent rather than the look, but ex-contestant Lexi Clark says that The Voice producers didn’t give her a chance to be herself.

Lexi competed on The Voice in 2016, and made it to the live shows as a part of Team Madden.
She describes the show’s producers as “puppet-masters” who chose her outfits, picked her audition song and convinced her to say things in a certain way.

“The producers are everything. They make you feel guilty if you don’t like the pigeon hole they’re putting you in,” she says.

She says that the producers have an idea of a cast prior to the auditions, and they try to fill in the gaps to fit character types. They chose to give Lexi a “60’s, rockabilly vibe”, complete with a leopard print dress and retro bump hairstyle.

“They sort of picked the look for me and at first I was like, ‘whatever, maybe this is what they are doing this week’, but it was continuous,” she says

She eventually told the producers that she didn’t feel comfortable dressing that way, but she felt terrible saying no to things because they made her feel like “the bad guy”.

“I don’t think they really cared about whether it was really me. They just wanted a certain type of person and they wanted to mould me into that person.”

Lexi says that the song that she auditioned with on TV, Nothing’s Real But Love by Rebecca Ferguson, was actually given to her by the producers at the first audition, and she had never heard it before.

“They gave me five minutes to have a listen to it, I sang the chorus for them and then I had to go with that song,” she says

As for the filming of the show, Lexi says that one episode shown on TV would probably take seven days of shooting. The scenes involving contestants telling their backstory, talking with their family and nervously pacing back and forth are all filmed three days before the audition. Contestants would have their clothes dry-cleaned overnight and film for multiple days with the same hair, makeup and outfit.

Lexi (top right), along with the other members of Team Madden, performing in the live shows.

Despite being influenced to dress a certain way and sing a particular song, Lexi says that she did have a choice in which coach’s team she wanted to join. During the show, Lexi and the other team members grew close with the Madden Brothers and would go over to the their house for dinner, which wasn’t filmed. However, she hasn’t heard from them since she was voted off the show.

“When you get eliminated it’s like a breakup. You go to your greenroom, get your stuff, say goodbye and that’s it. It’s cutthroat,” she says.

After the show, Lexi says that she didn’t leave the house for three months.
“I had so much anxiety, and I still have a crippling amount of anxiety as a result of that process. Maybe that’s a personal thing and I just wasn’t as strong as everyone else.”

She says that The Voice’s overall process is more authentic than that on the X-Factor, but she would never appear on reality TV again.